Narendra Modi delivers on black money, and how! | Value Research https://www.valueresearchonline.com/stories/32431/narendra-modi-delivers-on-black-money-and-how/ India is reaping the dividends of electing a man who wants to get things done, and will attempt to do so, no matter how difficult or impossible it looks

Narendra Modi delivers on black money, and how!

India is reaping the dividends of electing a man who wants to get things done, and will attempt to do so, no matter how difficult or impossible it looks 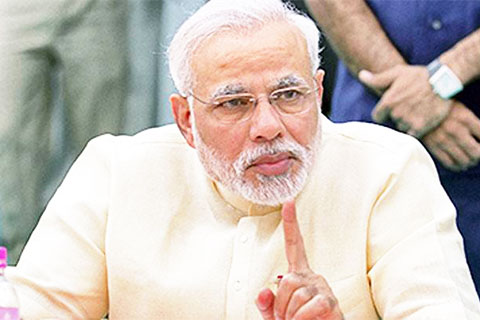 This is the simplicity of genius! Black money is a huge problem, so let's make all of it ex-money, non-money. It's an obvious solution, frequently proposed by someone or the other and always dismissed as impractical. Actually, as it turns out, it all depends on how desperately you want to solve the underlying problem.

At the end of the day, this is the difference: Narendra Modi really, really hates black money, corruption and all it represents. Unlike every other politician who merely pretends to be against the black economy, Modi is the real thing.

The coming days and weeks will be hugely inconvenient, and a lot of the inconvenience will be faced by people who are less well-off. However, as the PM said in his speech, we are all in this together, and we need to face a little hardship if we have to move towards a better future.

For decades, our country was slipping daily deeper and deeper into a moral morass where every honest taxpayer felt like a fool. All around were people who considered it normal to not pay taxes, or pay only a token amount and use real estate as currency and as investment. Narendra Modi has smashed this normal. He has reset the entire black economy, and given India a fighting chance to clean up its act and become honest.

Make no mistake, this is a hugely risky move for Modi personally and for the BJP. And yet, 'Nothing Ventured, Nothing Gained'. As Modi showed in the cross-border strikes against Pakistan, if normal effort doesn't work, then he is perfectly able and willing to consider what no one else would do.

The demonetisation of large notes is only the starting point, the real impact will come from the second order effects on trade and real estate. The cleansing of India will begin in earnest as a large amount of cash trade comes out of the black economy and most importantly, the black premium of real estate gets wiped out. It seems almost certain that there will be a huge crash in real estate prices. What the downstream impact of this will be, we don't know but surely it can't be worse than the disease. The black economy was like a cancer in our country's body. Modi has started a course of chemotherapy. It's strong medicine, with a lot of side effects, but this is the only way forward.