Investing by Averages | Value Research https://www.valueresearchonline.com/stories/31827/investing-by-averages/ Are the equity markets overvalued? Relying on averages could be a big mistake

Are the equity markets overvalued? Relying on averages could be a big mistake 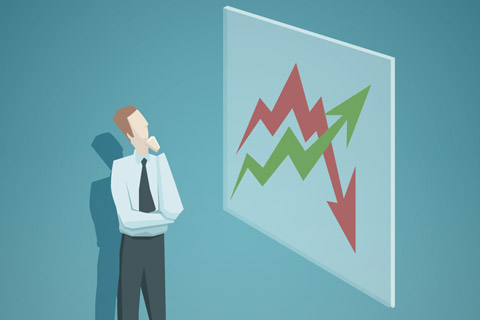 In the first half of the nineteenth century, the idea that there was a fairly consistent suicide rate came as a shock to the European public. Before that suicide was considered to be a bizarre, irrational and irreligious act and each suicide was considered to be a sin unique to the one person. Then, in about 1830, a Belgian named Adolphe Quetelet, who is now best described as the father of big data analysis, calculated, for apparently the first time in human history, the suicide rate among a population.

Quetelet's exposition of a consistent suicide rate among the citizens of a number of European countries suggested that far from being something weird, there was an average tendency to suicide that everyone possessed and a population as a whole could be expected to commit suicides at a certain rate. This was a shocking idea at the time.

But the suicide rate was just one small aspect of Quetelet's work. He was the first person to apply statistical methods to social sciences. He calculated averages for practically every piece of information about people that he could find--height, weight, girth, children, marriages, work, crime, death and a lot more. He invented the Body Mass Index (BMI), which is universally used as an obesity indicator today. More importantly, he postulated the idea of an average person, who does not exist, but is the ideal human being. The idea that an average represents the underlying population has its genesis in Quetelet's work.

Today, the idea of the average representing the underlying set is so widespread that we don't even notice that it's being done. This is just as true in investing as it is in other areas. The problem with this is that the average (or more correctly, the mean) may or may not be a good representative of the underlying set. This is a very basic learning in statistics, but almost never taken into account in casual use by investors.

For example, in the last few weeks, there is an increasing amount of noise about the equity markets being overvalued and thus ripe for a fall. The average PE of the Nifty companies is about 24, recent returns and many analysts are drawing parallels to 2007-08. I won't get into the discussion about the resemblances or otherwise to 2007-08, but this average is not a great way of understanding what the valuations of the fifty Nifty companies are. The actual PEs of these stocks range from 59 to about 11 (ignoring the loss making ones). Even without going into the details of each, it's pretty clear that a company which the stock market values at 59 is very different from one which is 11. The top 10 Nifty companies have an average valuation of 49 while the bottom ten are at 13.6.

If you look at the past returns of the Nifty companies, the story is pretty much the same. Over the last five years, the Nifty itself has generated returns of 11.9 per cent p.a., or total returns of about 75 per cent. During this period, the highest gaining stock in the Nifty has gains of 74 per cent p.a, or total gains of almost 16 times. The worst has more than halved your money.

If you try to draw any conclusions from an average of the whole set, you'll be in the same position as the statistically-minded tailor who discovered that the average human being has less than two legs. The most basic rule about relying on averages is that the shape and distribution of the data matters more than anything else. Adolphe Quetelet invented the idea that the average was an ideal, and all deviations from it are an anomaly. Today, we consider the average to be the expected or normal value in some fields, but synonymous with mediocrity in others. Either way, an unquestioning acceptance of the number as indicative of some underlying truth leads to mistaken conclusions.