An all round failure of trust | Value Research https://www.valueresearchonline.com/stories/31720/an-all-round-failure-of-trust/ An endemic lack of trust in financial service providers is distorting what people do with their savings and investments

An all round failure of trust 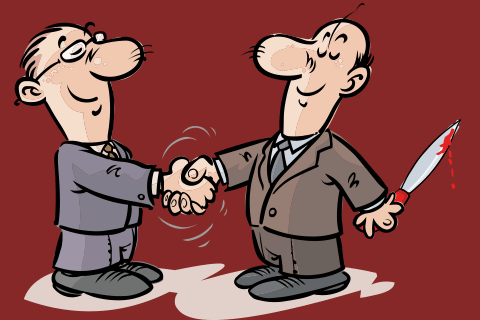 How do Indians choose the type of assets which they use for their savings and investments? Ideally, the answer should be based on factors like suitability for one's financial goals, returns, liquidity, risk level etc. However, that's the theory. In practice, while such factors do play a role, there's another factor that is very important for most of us. This factor is trust, or rather, mistrust.

Many of us avoid putting our money into certain avenues because we mistrust them. Often this is not an evaluation of the actual risks that the asset class has, but because those selling it are not perceived to be trustworthy. Stocks are the archetypal example historically. Savers get interested in stocks, take advice from a broker, start trading in stocks or derivatives, burn their fingers, decide that the advice was bad and never invest in equities again. Once they get into this attitude of mistrust, they transfer it to all forms of equity investing, even equity mutual funds. They also transmit it to people around them.

In recent years, the big new areas of mistrust that have appeared are real estate and insurance. Around the country, real estate developers have broken the trust of their customers on such a huge scale that it's now a major factor in shaping people's idea of buying an apartment. Instead of starting with a location or a size or a budget, most potential homebuyers start by hunting for a developer who has a track record of never running off with customers' money. This distorts the process and puts a huge premium on completed projects.

About insurance, the less said the better. The huge ULIP ripoff has scared off a large class of customers who need to buy real (term) insurance, specially because much of the insurance sales force will rather drop a customer than sell term insurance that the customer needs. The worst case is that of banks. However well or otherwise may the RBI have run monetary policy, the central bank has been a substantial failure at protecting consumers. Much like insurance, privatisation has actually seen a regression in trustworthiness. Whatever be their other ills, public sector banks don't look for ever more ways of dipping into their customers' pockets. Each one of these areas of mistrust indicates a failure of the regulatory institutions. Unfortunately, one isn't able to see too much hope of an urgent correction.