The government decides to try its hand at some market timing | Value Research https://www.valueresearchonline.com/stories/31139/the-government-decides-to-try-its-hand-at-some-market-timing/ India's finance ministry may be about learn some basic lessons in equity investing the hard way

The government decides to try its hand at some market timing 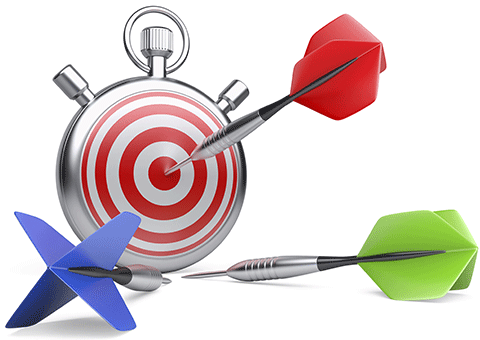 A few days ago, Finance Minister said that as part of this year's disinvestment strategy, the government would get cash-rich PSUs to buy back their shares from the market, followed by a stake sales once the market improves. At first glance, this looks like a clever trick. In volatile markets, there is little hope of selling public sector stock at the price that the government wants. The immediate goal is to get some money into the coffers and help meet this year's fiscal targets. The likeliest place where such cash is readily available are the balance sheets of some PSUs. Therefore, these companies will use some (or most) of this money that they have to buy back their stock. Later, at an undefined time 'when market conditions are better', they will issue fresh stock on the markets.

This strategy seems to be to split the disinvestment into two components. In the normal course of a disinvestment exercise, the government would sell some of its stake to the public and get money. Now, because they've found it hard to sell the stock to the public, they've decided to take the money anyway by dipping into the accumulated kitties of the PSUs. The PSUs will be told that later they can go and replenish their reserves by issuing fresh stock when equity markets are better. It sounds like such a smart thing to do.

All equity investors are well aware that 'buy low, sell high', is the way to make money on the markets. Here's an old Wall Street joke that's a cliche but utterly true. A newbie asks an old-timer, "How do you make money in the market." The wise man answers, "Nothing could be simpler: buy low, sell high." The beginner asks, "How can I learn to do that?" The wise old man answers, "Ahhhh...that takes a lifetime."

Unfortunately, the most common interpretation of this idea of buying low and selling high is to buy whenever stocks drop and vice versa. In other words, to time the markets. There's no bigger rock upon which the investor's well-formulated plans flounder than this idea that one can time one's entry and exit into the market and do well out of it. Countless generations of investors have thought this to be something trivially easy, tried it and done very badly. Now, the Government of India, no doubt advised by some very smart people, has decided to try its hand at timing the markets.

However, there's a problem here. Rather, underlying the problem of the market timing assumption, there's another assumption and yet another problem. Even if the PSUs manage to get decent market conditions in which to try and issue fresh stock, there is now a huge question mark on whether investors are willing to buy PSU stock with any enthusiasm. Investors are deeply aware that PSU stocks cannot be treated like normal stocks of the same kind. They understand that there will always be unknown and unpredictable things that the government can do to destroy shareholder value because it actually has some other motives. As a promoter, the Government of India has a track record that cannot be trusted by investors. One would expect this government to approach the whole thing will be different, but that's something that investors would need proof of.

Coal India is a good case in point. It has been a fiasco for investors, underperforming the markets by about 40 per cent since its IPO. In recent years, the only relatively profitable experiment in PSU disinvestment has been the CPSE ETF. There, investors have made money, but only because of a special discount and bonus deal that they were given.

The fundamental problem is that this style of disinvestment holds no promise of improving the performance or management of these companies. It's just a revenue ploy, and investors treat that with the scepticism it deserves.