Betting on an economic revival in January 2013 did not pay off and impacted the performance of several equity funds from DSP BlackRock. In this candid conversation, Apoorva Shah, Executive Vice President and Fund Manager-Equities, DSP BlackRock Investment Managers, shares his thoughts on what went wrong and discusses how he plans to revive performance of flagships schemes like DSP BlackRock Equity and DSP BlackRock Top 100 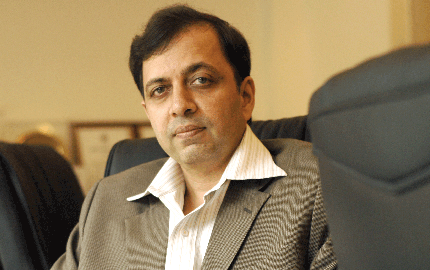 What is your outlook on the Indian equity markets?
Looking at the current situation, I find that the Indian equity markets are now shaping up into a rewarding market. We have seen the markets crossing different hurdles and I believe that the stage is set for a productive outcome. I say it because of two main reasons; firstly, rural India has immense wealth built up over the last few years which was parked into unproductive assets like gold and land. But, active participation of banking sector in rural areas coupled with inclusive growth approach of the Government and The Reserve Bank of India (RBI) allowing the banks to expand freely, can result in conversion of physical saving into financials savings over the coming years. Hence, there will be more credit creation and growth.

Secondly, our infrastructure assets are also unproductive and as of today we have invested huge amount of money into assets that are lying idle. The process of converting infrastructure assets into productive assets has begun, which indicates the turnaround potential in that sector. So even if the world struggles for growth, I believe that India has the potential to benefit from productivity gains.

What factors can change the complexion of the equity markets?
What I had discussed above are two primary factors, which might change the complexion of the overall situation. We have the advantage of demographics, which means that our labour supply is young and abundant. So we will have to move to manufacturing and export-led growth, especially because of current account deficit (CAD) related issues. When the next government comes in mid 2014, immense priority will be on export led growth policies.

I think whoever forms the next government after the elections will focus on creating jobs in the manufacturing sector, so that it can absorb the vast pool of talent available in India. Even the outcome of elections can be a major trigger for the equity markets. It is quite possible and trends also suggest that large parties are going to get increased vote share which can mean a positive outcome in terms of stability.

Globally, there are growth related problems in many countries and that is going to be the case in the coming time as well. Recently, there was a phase when investors were giving up on Emerging Markets (EMs) because of the talk of tapering but it's very difficult for the western world to do any meaningful tapering. The US has been talking about tapering, but have again gone into its shell and even other countries are printing money. There is a mountain of money waiting to find its way and it will eventually enter the markets where growth is visible.

What will you attribute the relatively poor performance of your key funds--DSPBR Equity, DSPBR Top 100 and DSPBR Focus 25.
We were anticipating a turnaround in the fortune of the economy ahead of time and I think that is the biggest reason we have lagged in performance. So say, by January 2013, our portfolio was positioned for the turnaround in the economy. But that turnaround has been delayed due to several factors which includes sudden fiscal tightening.

The RBI had started cutting rates, but had a huge fiscal challenge. I would say that we failed to read the fiscal tightening at that point of time. It was so sudden that it impacted the portfolios which were geared for growth.

The illiquidity in mid-cap segment also affected us. We tend to have a larger percentage of mid-caps in our portfolio. Mid-year, we saw several mid-caps collapse due to the fiscal tightening and illiquidity of the system as a whole. We also had tapering threats. These factors have postponed India's turnaround by a year. But now we believe that things are improving.

What are you doing to revive the performance of these funds?
We continue to stick to our approach, but yes, we have tweaked the portfolio according to the prevailing market conditions. Over the years we find that defensive shares have becomes too expensive and cyclical shares have become very cheap. Similarly, mid-caps have become cheap and large-caps have become expensive. In the meantime, we have trimmed down the exposure in mid-caps slightly. However, we continue with our belief that the value side of the market is going to perform, so we now have a value-tilted portfolio.

What factors drive the buying or selling of stocks from your portfolio?
It's a combination of stock related research, bottom-up selection and our thematic top-down approach. We try and combine the two factors which cover the macro as well as micro environment before entering any stock. So we have a view on various top-down parameters and therefore we know where the growth is going to come and what's the outlook on various sectors. Within that particular sector we pick up the best idea after recommendation from our research team.

For selling a particular stock, we go with certain assumptions. If those assumptions change or if the target is achieved, we exit it. We also move away if we find something else that has a better risk-reward compared to our existing position. Our holding period can be as low as one month or it can be as long as several years. There is no pre-defined time in mind to exit any particular stock.

Do you have a short-term or a trading allocation in your schemes like the DSPBR Top 100 and DSPBR Equity? What is the typical turnover?
Typically, turnover differs from scheme to scheme. So our large cap fund-DSPBR Top 100 tends to have more active turnover. In large-caps, turnover is higher as the liquid part of the market is easier to rotate. Our mid-cap portfolios have much lower turnover because in mid-caps we are looking at themes which will play out over the years and stocks that are relatively under researched and have a long term growth story. In large-caps, there is potential for tactical returns where news flows or even a marginal event determines how the stocks are going to behave. In mid-caps, if we were to tactically sell out, it would become very difficult to rebuild that kind of quantity in stocks. Therefore, there are periods when even when we know certain stocks are not going to perform, we hold on to them given the fact they are very difficult to trade in or out. DSPBR Equity fund, which is blend of top 100 and mid-caps, has turnover in between large-cap and mid-cap portfolios.

In your view, which funds can investors consider over the next one year?
I think it's very difficult to take that judgmental call. If we look in the past 6-8 months there has been very big sell-off in the mid-cap segment which has resulted in valuations of many mid-cap stocks turning very attractive. On the other hand, micro environment continues to remain challenging. Investors have to simply look at our funds that have combination of large-caps and mid-caps. These portfolios capture some of the attractive valuations of the mid-caps but are also relatively safer because they have a large-cap stocks also.