Strong on Consumption | Value Research https://www.valueresearchonline.com/stories/24211/strong-on-consumption/ There are challenges related to growth and overvaluation in the FMCG businesses and thus one needs to be careful on the stock selection

Close to 40 per cent of the world's population lives in China and India and with both of them being emerging economies, its no surprise that Mirae Asset India-China Consumption fund has delivered impressive returns in last one year. Neelesh Surana, Head Equity, Mirae Asset Mutual Fund and co-fund manager of the scheme, however, says that the challenge of overvaluation remains in FMCG space. 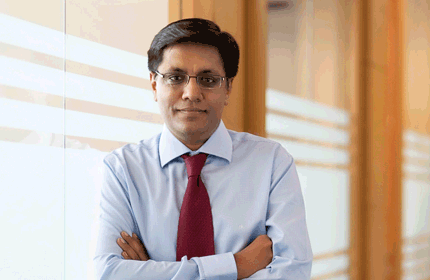 Given the slowdown in the emerging markets, do you think the consumption story has lost its charm in India and China?
To give you a background, we would like to highlight two key features of Mirae Asset India China Consumption Fund. First, it has a mandate to invest 65 per cent (and more) in India within the consumption related sector, and the balance in similar sector in China; and second, in this scheme, definition of consumption has been kept wide. We are not restricted to invest only in largely perceived consumer staples and consumer discretionary sectors, but the canvas is wide to include broader sectors like financial and telecom, among others.

The rationale is to give longevity to the product, as over time in a thematic product, there could be phases when growth and/or valuation related concerns could emerge in few of the sub sectors. In the near term there are challenges related to growth, and pockets of overvaluation, particularly in the FMCG businesses and thus one needs to be careful on the stock selection. However, consumption related themes hold good potential from a long-term perspective, if we look at macro drivers (tailwind) for both the economies. From a micro perspective, new set of businesses would evolve as the economies grow bigger. For example, in China businesses like those related to internet and gaming have evolved as is evident from the scale and market capitalisation.

While there are near-term concerns (macro slowdown and stalling of premium trends), we believe the big picture long term outlook needs to be seen when investing. The GDP per capita in India is currently around US$1,450 (2012) according to World Bank estimates, which is one of the lowest in the world with a ranking at 79. We believe that a multi-year multi-decade phase of development is still likely for the Indian economy.

Based on the evolution of various markets, there are estimates which conclude that long term deceleration in consumption spending happens structurally once an economy reaches about US$5000+ GDP per capita, which would take more than decade given that Indian GDP per capita has grown at 12 per cent CAGR in the last ten years. Key structural tailwinds supporting the sector are--low dependency, favourable demographics, urbanisation, proliferation of media and more women in workforce. For example, India has one of the lowest dependency ratios compared to other geographies, indicating a high percentage of people in the income-generating class and a lesser proportion of dependents. Given the longevity of the theme, the fund is ideal from long-term perspective.

We all believe that Indian consumption story still remains credible, but what about the valuations?
Certainly, at current levels on relative or even absolute basis there is pocket of high valuation particularly in the FMCG space. The same is owing to what happened to broader economy and there was polarisation which has benefit sectors like FMCG (along with pharma and IT). However, we need to be careful not to overpay within FMCG stocks, and also, as mentioned above, there are wide sectors to choose from. Valuation should be seen in the context of quality of businesses and growth. Most of these businesses have superior characteristics such as relatively high return on capital employed, steady cash flows, high payout ratio, etc.

What process do you adopt while identifying the Chinese stocks and how do you allocate weightage in the Chinese stocks?
At an overall level, we invest a maximum of 35 per cent in the China portion (this also makes the fund tax efficient). We take inputs from the regional team, as there are similar products being managed. Basically, the core process remains the same: focus on high quality companies with reasonable growth and realistic valuations. Our existing China portion is handful of high conviction stocks in consumer staple, retail, gaming, and internet related businesses.

What strategy would you attribute for the good performance of the scheme?
Since inception in March 2011, the fund has delivered 12.8 per cent CAGR as against 0.5 per cent of Sensex. Other than stock selection, two factors aided the performance: first, an overall economic environment that was not conducive for many other investment oriented businesses, which did help consumption sector given the relative visibility of earnings and second, over the last one year, the deprecation of rupee has also helped the China portion which is about one-third of the fund.

FMCG has highest sector weightage in the fund, what's your outlook on the prospects for FMCG stocks?
The near term prospects for FMCG are challenging owing to slowdown in volume growth and risk to margins owing to inflation/rupee depreciation. Also more importantly not-so-cheap valuation. However, the long term prospects are decent given the tailwinds related to growth drivers particularly in rural or semi-urban areas. The crucial thing now is better stock selection--we would prefer strong franchise with pricing power, and only it is available at reasonable valuations.