Should I avoid funds with higher NAVs? | Value Research https://www.valueresearchonline.com/stories/10062/should-i-avoid-funds-with-higher-navs/ The myth of lower NAV is once again coming alive as investors compare the NAVs of direct plans and regular plans

Should I avoid funds with higher NAVs? 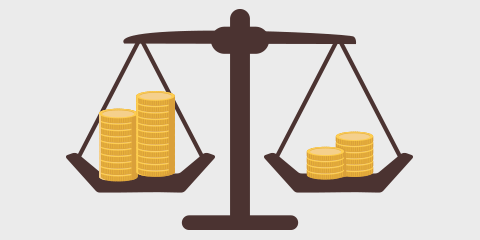 We thought the ghost of a lower NAV or Net Asset Value has been laid to rest long ago. However, it is suddenly showing signs of life. Some investors have revived it after they noticed higher NAVs of direct plans vis-a-vis their regular counterparts. Several of them mailed Ask Value Research, asking whether it really makes sense to buy direct plans since these plans have a higher NAN than their regular versions. Most questions read like this: Is it prudent to buy a direct plan with a high NAV? I will get a lot units if I buy a regular plan with a lower NAV with the same money. So isn't it better to go for a regular plan with a lower NAV?

So, we thought it is time to revisit the myth of lower NAV. Here is what we found in our archive. It would dispel the myth of benefits of a lower NAV in a mutual fund scheme. Read on:

The answer to these questions is that it is irrelevant how high or low the NAV of a fund is. The amount of your investment remaining unchanged, between two funds with identical portfolios, a low NAV would mean a higher number of units held and consequently a high NAV would mean lower number of units held. But under both circumstances, the product of the number of units and the applicable NAV, which is the value of your investment, would be identical. Thus it is the stocks in a portfolio that determine returns from a fund, the value of the NAV being immaterial.

When one sells those units, the return will be the same as that of another scheme, which has performed similarly. The 'cost' of a scheme in terms of its NAV has nothing to do with returns. What you want to buy in a scheme is its performance. The only instance where a higher NAV may adversely affect you is where a dividend has to be received. This happens because a scheme with a higher NAV will result in a fewer number of units and as dividends are paid out on face value, higher NAV will result in lower absolute dividends due to the smaller number of units. But even here, total returns will remain the same.

So from whichever angle you see it, the NAV makes no difference to returns. Mutual fund schemes have to be judged on their performance. And the simplest way to do this is to compare returns over similar periods.