Syrma SGS Technology IPO: How good is it? | Value Research https://www.valueresearchonline.com/stories/51166/syrma-sgs-technology-ipo-how-good-is-it/ Read to know if this electronic product design and manufacturing company is a good buy 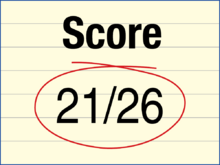 In our previous part of Syrma SGS Technology IPO story, we read about the key details of the IPO. Here we will answer some questions about Syrma SGS and evaluate it on parameters like management, financials, valuations, etc.

3) Does the company have recognisable brands truly valued by its customers?
No. The company operates in B2B space and also competes with large players who have a bigger presence in the industry.

4) Does the company have high repeat customer usage?
Yes. 16 customers have been associated with the company for more than 10 years.

5) Does the company have a credible moat?
No. Even though the company is involved in precision manufacturing and is a leader in high-mix low-volume production, there are other domestic and international players who offer such services.

7) Is the business of Syrma SGS immune to easy replication by new players?
Yes. While there are few other players, it is extremely difficult for a new player to replicate the business as they not only need capital but also expertise. Taking market share in precision manufacturing segment is tough as clients expect a high level of accuracy.

10) Are the suppliers of the company devoid of significant bargaining power?
Yes. While its raw materials are crucial, it sources them from various suppliers such that not one supplier has a significant contribution.

11) Is the level of competition the company faces relatively low?
No. While there aren't too many players in the industry, Syrma SGS competes with companies that generate ten times its revenue.

15) Is the company free of litigation in court or with the regulator that casts doubts on the management's intention?
Yes. The company is free from material litigations.

16) Is the company's accounting policy stable?
Yes. We have no reason to believe otherwise.

17) Is the company free of promoter pledging of its shares?
Yes. The company's shares are free of any pledge.

20) Did the company increase its revenue by 10 per cent CAGR in the last three years?
Yes. On a proforma basis, Syrma SGS increased its revenue by 21 per cent and by 28 per cent per annum on a standalone basis.