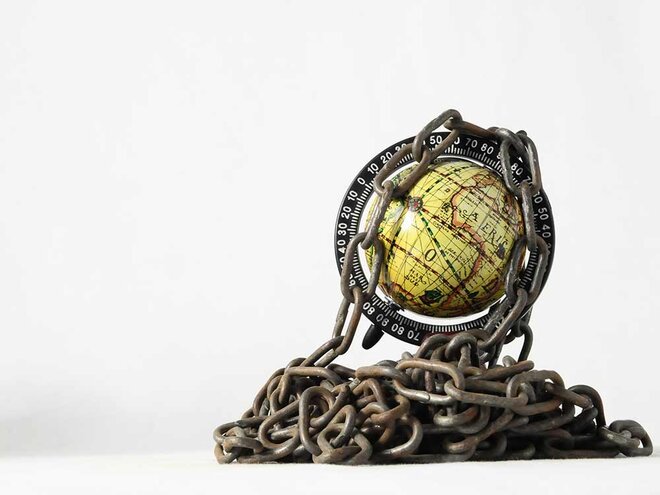 International mutual funds have been in the spotlight for the last two-three years. Their popularity derives from the growing realisation of international diversification benefits and the stupendous post-covid returns in markets such as the US. However, unlike their domestic counterparts, overseas funds do not have the luxury to expand as much as they want. There is a cap for the foreign remittance that Indian mutual funds are allowed to do, and it seems the industry is at the brink of exhausting this limit now.

So, the Association of Mutual Funds in India (AMFI) came out with guidance on January 30, 2022, asking the AMCs not to make any incremental investments in overseas funds or securities beyond what is existing on February 01, 2022, at the respective mutual fund level to comply with the rules and SEBI's direction.

The current scenario
As per the Securities and Exchange Board of India (SEBI) rules, each fund house can invest a maximum of US$1 billion (roughly Rs 7,400 crore as of today) in overseas markets (excluding foreign ETFs). Further, there is an overall investment limit of US$7 billion for the mutual fund industry as a whole. For investments in overseas ETFs, the amount is capped at US$300 million per AMC and US$1 billion for the industry.

Motilal Oswal was the first AMC that put restrictions in mid-January for lump sum investments in three of its international funds. The fund house was facing constraints on account of fund house-wise overseas investment exposure of $1 billion. A few weeks later, the NFO scheme - DSP Global Innovation FoF changed its mandate to invest only in foreign ETFs. The scheme did it on SEBI's advice to comply with the industry level limit of US$7 billion in overseas securities/mutual funds until this cap is increased in consultation with the RBI.

In the days that followed, more fund houses put gates on their international mutual funds, ending up ruffling a few feathers. Therefore, AMFI came out with guidance to tackle the situation and give clarification to everyone involved. It may be noted that AMFI has asked only such funds to slam on the anchors, which do not have an option to invest in Indian securities. However, the Parag Parikh Flexi cap fund has also restricted itself from new investments. The scheme invests around 30 per cent in overseas stocks and did not want to change its domestic-international allocation.

As of now, only incremental lump sum and fresh SIP investments have been temporarily suspended. There is no impact on the ongoing SIPs and STPs in the case of most funds. Also, there is no impact on the funds that invest in foreign ETFs as they have a separate limit, and there is enough runway there for now. Moreover, investors are free to withdraw money from these impacted funds at their will because redemptions remain unaffected.

What are the expectations now?
SEBI has revised the rules regarding overseas investing multiple times by now. As per our conversations with industry participants, there is no major roadblock to enhancing these limits and increasing room for further international investments. 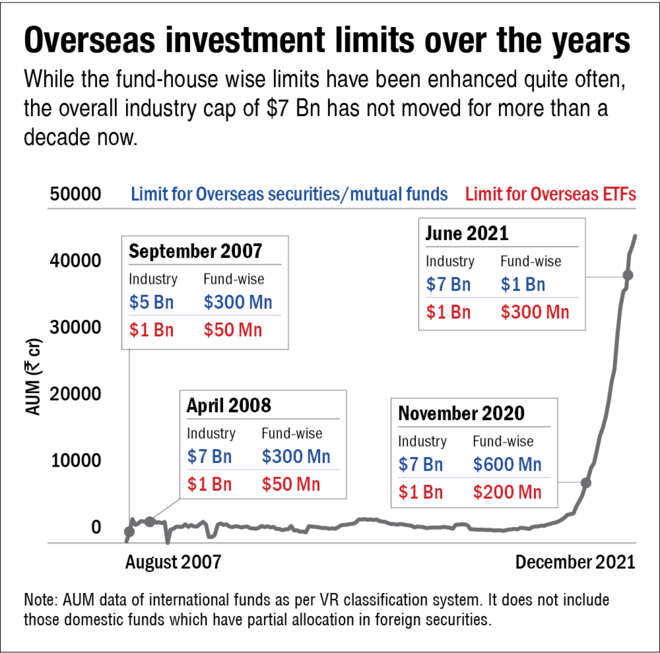 So reportedly, these limits are likely to be raised soon in the coming weeks. Therefore, investors need not jump the gun and go mad over figuring out new ways of buying foreign stocks. If you plan to invest in international mutual funds, you can wait for a few more days. Existing SIP investors can very well continue with their investment plan.