Metro Brands IPO: How good is it? | Value Research https://www.valueresearchonline.com/stories/50139/metro-brands-ipo-how-good-is-it/ Metro Brands has come out with its IPO. Here is a set of questions (and answers) that will help you to make an informed decision about it.

Metro Brands IPO: How good is it? Metro Brands has come out with its IPO. Here is a set of questions (and answers) that will help you to make an informed decision about it. 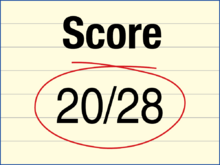 In our story, Metro Brands IPO: Information analysis, we shed light on the key details of the IPO, along with important information about the company. Here we will answer some questions about Metro Brands and evaluate it on parameters like management, financials, valuations, etc.

4) Does the company have high repeat customer usage?
Yes. In FY21, repeat sales by the members of the company's loyalty programs accounted for 55.7 per cent of total store product sales (excluding 'Walkway' stores).

7) Is the business of the company immune from easy replication by new players?
No. While it is not easy to replicate the store and distribution network, the company needs to expand its online presence, given the increased penetration of e-retailing.

8) Is the company's product able to withstand being easily substituted or outdated?
Yes. There are no substitutes for footwear.

9) Are the customers of the company devoid of significant bargaining power?
Yes. Over FY19-21, the company sold (through its stores) more than 90 per cent of its products at their MRP.

10) Are the suppliers of the company devoid of significant bargaining power?
No. Its key raw materials include ethylene-vinyl acetate and other polymers, which are crude derivatives. Thus, the company is a price taker.

11) Is the level of competition the company faces relatively low?
No. The industry is highly competitive, with the presence of many large players. Moreover, the increasing presence of e-retailing enhances competition.

13) Do the top three managers have more than 15 years of combined leadership at the company?
Yes. MD Farah Malik Bhanji (one of the promoters) has been associated with the company since 2000.

15) Is the company free of litigation in court or with the regulator that casts doubts on the management's intention?
Yes, the company is free from any material litigation. Things to know before investing directly in foreign stocks

By Omkar Vasudev Bhat and Shruti Agarwal 24-May-2022

Asset allocation is vital but hard to do for individuals. Here's a simple, easy, yet effective substitute.