IPO update: Rolex Rings | Value Research https://www.valueresearchonline.com/stories/49850/ipo-update-rolex-rings/ This bearing rings manufacturer, which made an impressive debut on the stock exchanges, has improved its balance sheet and revenues. Should you buy its shares now? This bearing rings manufacturer, which made an impressive debut on the stock exchanges, has improved its balance sheet and revenues. Should you buy its shares now? 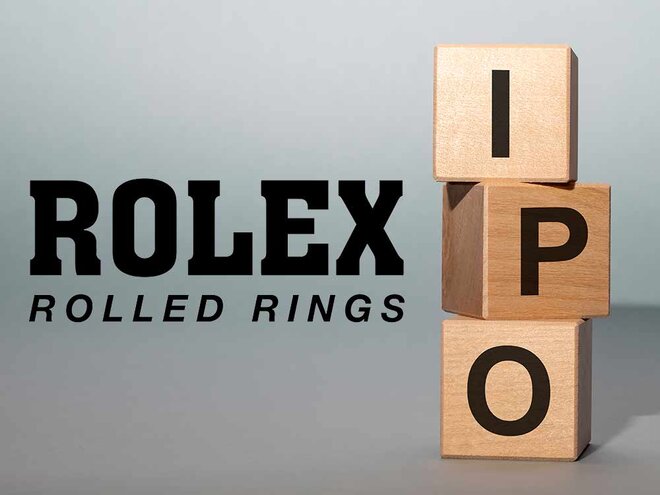 Rolex Rings came out with its IPO about two months ago. Value Research's analysis of the IPO can be found here. This follow-up article focuses on the IPO's performance, post-IPO events, and changes in its valuation since then.

Our analysis of the IPO
We gave a score of 16 out of 28 to this bearing rings manufacturer when it came out with its IPO. Over the last four decades, Rolex Rings has developed expertise in the precision engineering of various forged and machined components. It has garnered a wealth of knowledge in manufacturing transmission components, engine components, chassis components, exhaust system components, and bearing rings. Other than forging, the company offers value-added processes until the level of final machining and grinding equipment.

In the Indian bearing industry, there are five main players (bearing manufacturers) who make up for about 80 per cent of the domestic market. These five manufacturers have been customers of Rolex for the last 10-15 years. Being situated in Gujarat, the company enjoys a locational advantage. The infrastructure facility is good, electricity and labour are uninterruptible, and the company has good access to Mudra and Kurla port (these account for most of its exports).

The company has identified new growth areas in the domestic market in non-automotive bearings and generation three bearings (combo of bearing and wheel hub). Revenues from these two segments have increased, and the management expects this trend to continue. Moreover, as the penetration of EVs increases, the company expects to get good business from both overseas and domestic markets.

Business performance
The company has reported its quarterly results for the June quarter, with a 210.9 per cent YoY growth in revenues at Rs 227.4 crore. As compared to the previous quarter, revenues were up by about 9 per cent. The net profit for the June quarter was up by 1,117 per cent YoY and stood at Rs 30.3 crore, which represented a decrease of 22 per cent compared to the previous quarter.

In Q1, the company's EBITDA margin stood at 23.6 per cent, and the management expects the margin to stay in the range of 22-24 per cent. Moreover, as the company has a 100 per cent pass-through mechanism with all its customers, it is immune to commodity price fluctuations.

What to do now?
The management is confident about achieving a 7 per cent QoQ incremental revenue for the next three quarters and reaching the Rs 1,000 crore revenue mark, for the first time, in this fiscal year. Moreover, even though the company is currently in a corporate debt restructuring (CDR), it plans to exit CDR by either December-end or latest by fiscal year-end. This will leave the company with only Rs 28 crore in long-term debt. Also, recently CARE Ratings upgraded the company's short-term and long-term bank facilities from A4 and BB to A3 and BBB-, respectively.

Disclaimer: This analysis is not meant to serve as a recommendation. Do your research before investing in the company. If you are interested in our stock recommendations, please visit www.valueresearchstocks.com