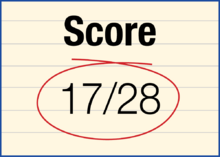 Aditya Birla Sun Life AMC (ABSL AMC) is a joint venture incorporated in 1994 between Aditya Birla Capital (51 per cent stake) and Sun Life (India) AMC Investments Inc. (49 per cent). ABSL AMC has been the largest non-bank affiliated AMC in India by quarterly average assets under management (QAAUM) since 2018 and among the four largest asset management companies (AMC) in India by QAAUM since 2011. Its primary revenue source is the fee that it charges for managing investment assets.

The average assets under management (AUM) of the mutual fund industry grew at a CAGR of 16.4 per cent to Rs 33.18 trillion in June 2021 from Rs 7.01 trillion in March 2011. The company is currently managing a total AUM of Rs 2,93,642 crore across mutual funds (excluding domestic fund of funds), portfolio management services, offshore and real-estate offerings. It operates 118 schemes, comprising 37 equity schemes, 68 debt schemes, two liquid schemes, five ETFs and six domestic FoFs as of June 2021. ABSL AMC is present in 284 locations spread over 27 states and six union territories. Of them, 143 branches are located in B-30 cities (beyond the top 30 cities). Further, 13 of the company's top open-end schemes, accounting for 64.4 per cent of its QAAUM, have outperformed their peers in a 10-year annualised return horizon as on June 30, 2021. ABSL AMC increased its equity mix by 14.4 percentage points from March 2016 to June 2021 (its monthly average AUM grew at 25.8 per cent CAGR) in a bid to enhance its profitability, as equity-oriented schemes have higher management fees relative to other schemes.

Large size: With a total AUM of Rs 2,93,642 crore, ABSL AMC has a market share of 8.3 per cent and is the fourth-largest player in terms of assets under management (after SBI AMC, HDFC AMC and ICICI Prudential AMC). Given that this business has an extremely high amount of operating leverage (fixed costs constitute a high proportion of overall costs), any future growth in revenue is expected to result in a disproportionately large growth rate on its bottom line.

Large distribution network: The company has a strong distribution network with over 66,000 KYD-compliant mutual fund distributors, over 240 national distributors and over 100 banks/financial intermediaries as on June 30, 2021. Moreover, the hub and spoke model employed by the company enables it to leverage its extensive branch and emerging market-representatives network and keep distribution costs low at the same time. The company's share of monthly average AUM (MAAUM) from B-30 cities in June 2021 was the second-highest among the five largest AMCs in India. Since a large part of the industry's growth is expected to come from B-30 cities, ABSL AMC is well-positioned to attract customers in these locations.

Massive under penetration: The quantum of AUM for the mutual fund industry has grown at a CAGR of 16.4 per cent over the last 10 years. And given the very low penetration rate of mutual funds in India, this growth is likely to continue well in the future. India's AUM to GDP ratio is 15 per cent, while that of South Africa, Brazil and the US is 62 per cent, 81 per cent and 140 per cent, respectively. Since a greater proportion of savings is channelled into financial instruments instead of traditional investments such as gold and real estate, the mutual fund industry is bound to benefit.

Increasing competition: There has been a sudden increase in the number of players who have already obtained or are looking to obtain a licence to operate a mutual fund. The industry currently has 47 players and at least four players are waiting for a licence. Besides, there are newer forms of competition like technology players such as SmallCase are joining, which has allowed a massive explosion in the effective number of investment options for the public. Besides, newer fintech players, who have greater access to customers' digital information, are also looking to join the fray (PayTM, PhonePe, etc.)

Growth of passive funds: There has been a rapid increase in the quantum of funds invested in 'passive funds' which simply track a particular index. By reducing the role of fund managers, these products are able to offer a cost-effective route to investors. This trend could have a severe impact on the profitability of the investment management industry at large.

Regulatory risk: The upper limit of the amount of management fee that can be charged (called Total Expense Ratio or TER) is set by the market regulator SEBI and there is always the risk of SEBI reducing the limit. It happened as recently as 2018 when these limits were reduced further. Any further arbitrary reduction could have a severe impact on the company's profitability. Similarly, its group companies have some outstanding litigations with SEBI, which could result in penalties on the promoter itself which could, in turn, affect ABSL AMC. 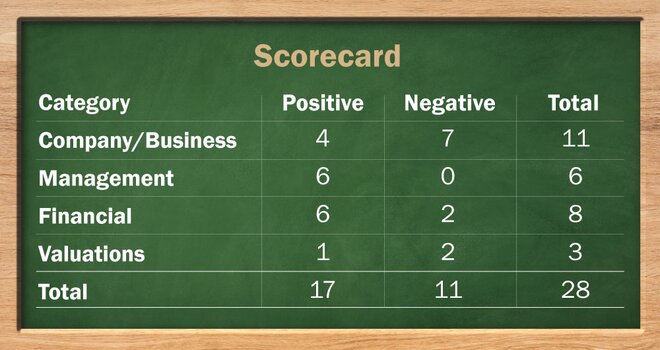 2) Will the company be able to scale up its business?
Yes. The AMC business does not need much incremental capital to scale up the business. The company is debt-free and there are multiple tailwinds working in favour of the company.

3) Does the company have recognisable brands, truly valued by its customers?
Yes. Aditya Birla Sun Life AMC has been among the four largest AMCs in India by QAAUM since 2011. It manages the largest ultra-short-duration debt-category fund in India and is the second-largest player in the equity-ELSS scheme as of June 2021.

4) Does the company have high repeat customer usage?
Yes. As of June 2021, 86.3 per cent of its total SIPs were more than five years old and 77 per cent had a tenure of more than ten years.

5) Does the company have a credible moat?
No. Although the company is the fourth-largest AMC and has an extensive multi-channelled distribution network, it isn't unique and many other competitors also have such distribution capabilities.

6) Is the company sufficiently robust to major regulatory or geopolitical risks?
No. The asset-management industry is highly regulated. Any major change in regulations (such as a reduction in the expense ratios) could cause a significant impact on the company's business.

8) Is the company's product able to withstand being easily substituted or outdated?
No. Identical mutual fund schemes are generally available from almost all AMCs. Moreover, with the recent rationalisation of fund types by SEBI (in 2017), the existence of exact substitutes is practically guaranteed by regulation.

9) Are the customers of the company devoid of significant bargaining power?
No. Since there are many mutual funds offering mostly undifferentiated products, customers (especially institutional investors) have a lot of options to choose from.

10) Are the suppliers of the company devoid of significant bargaining power?
No. This is a service business where major inputs are the services of employees, i.e, fund managers. And there is significant competition from other mutual funds for experienced fund managers.

13) Do the top three managers have more than 15 years of combined leadership at the company?
Yes. CEO Mr A Balasubramanian has been associated with the company since 1994.

21) Is the company's net debt-to-equity ratio less than one or is its interest-coverage ratio more than two?
Yes. It is a zero-debt company with cash and cash equivalents of Rs 52 crore as of June 2021.

23) Can the company run its business without relying on external funding in the next three years?
Yes. This business is not capital intensive and has high amounts of operating leverage. It had investments worth Rs 1,852 crore as on June 30, 2021.