NFO review: Axis Value Fund | Value Research https://www.valueresearchonline.com/stories/49752/nfo-review-axis-value-fund/ Axis Mutual Fund has rolled out a new fund in the value-fund space and it will close for subscription on September 16, 2021

Axis Mutual Fund has rolled out a new fund in the value-fund space and it will close for subscription on September 16, 2021

Axis Mutual Fund came out with a new fund offer (NFO) on September 02, 2021 in the value-fund space. The scheme will be managed by Jinesh Gopani and benchmarked against the S&P BSE 200 TRI. The NFO will close for subscription on September 16, 2021.

Here are the key details of the new fund offer: The strategy of the new fund
The scheme aims to provide long-term capital growth by investing in a diversified portfolio of companies that are selected through value investing.

The fund's value-investing approach would be to identify the stocks that trade at a valuation that is lower than the overall market, their own historical average valuations or relative to their fundamental valuations. The fund's philosophy would be to look for the companies that have the potential to re-rate, with the triggers for management turnaround and sector dynamics shifts. However, the focus would continue to be on companies with strong fundamentals, good management and the potential for high earnings growth while avoiding the risk of getting into value traps. As per the AMC, the fund would tend to have a portfolio makeup of about 50-80 per cent in large caps and the remainder would be in mid and small caps. About the fund manager
Jinesh Gopani, Head-Equity at Axis Mutual Fund, has been appointed as the fund manager for the value fund. Prior to joining Axis AMC, he worked with Birla Sun Life AMC, Voyager India Capital Pvt. Ltd., Emkay Shares & Stock Brokers Limited and Net Worth Stock Broking Limited.

Currently, Jinesh is managing six open-end equity funds of Axis. The performance of three of these funds in ELSS, Flexi Cap and Large & MidCap categories have been in the top quartile since he took over their management. On the other hand, the performance of the other three funds, which are sectoral/thematic funds, has been a mixed bag till now over the short tenure. About the AMC
Axis Mutual Fund launched its first scheme in October 2009. 75 per cent of the AMC is owned by Axis Bank, while the remaining 25 per cent is owned by Schroders plc, a UK-based asset manager.

The AMC built up a solid track record of performance over the past decade and most of its equity funds are enjoying a four- or five-star rating, as per the rating system of Value Research. But it's noteworthy that the AMC has achieved this with a strong focus on the growth style of investing. Therefore, this new fund is making a debut from the kind of investing style the AMC has thus far practised with great success. Time will tell whether it can achieve the same level of success.

In the fund's product document, the AMC has mentioned that value can act as a double-edged sword but believes that its fund's philosophy of avoiding value traps is a key to avoiding drawdown and an important part of its value strategy. 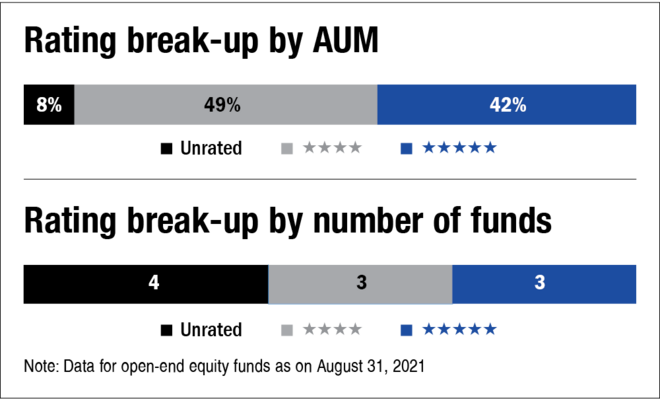 Investment plan for a 65-year-old

Insider trading regulations to be applicable to mutual funds

Why does Value Research have two different ratings for the same mutual fund?

These debt funds can help you counter RBI's rate hikes

Should you invest in the regular plan of a fund because of its lower NAV?