Ami Organics IPO: Information analysis | Value Research https://www.valueresearchonline.com/stories/49693/ami-organics-ipo-information-analysis/ The Surat-based speciality-chemical maker aims to raise Rs 570 crore. Find out if you should bid for its shares.

The Surat-based speciality-chemical maker aims to raise Rs 570 crore. Find out if you should bid for its shares. 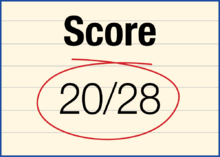 The company supplies to over 150 customers in India and 25 overseas countries like Italy, France, US, and UK, to name a few. Around 50 per cent of the company's revenues come from exports. It has over 70 per cent market share in Trazodone, Dolutegravir, and Entacapone, which are used in anti-depressants, HIV/AIDS, and Parkinson's medication. The company leverages its R&D to be a leading player in the industry.

According to the Frost & Sullivan report, the Indian speciality chemicals industry is set to grow by 11-12 per cent CAGR until 2025. Low labour costs and overseas clients wanting to diversify their supply base away from China are significant reasons for India's potential growth in this industry. 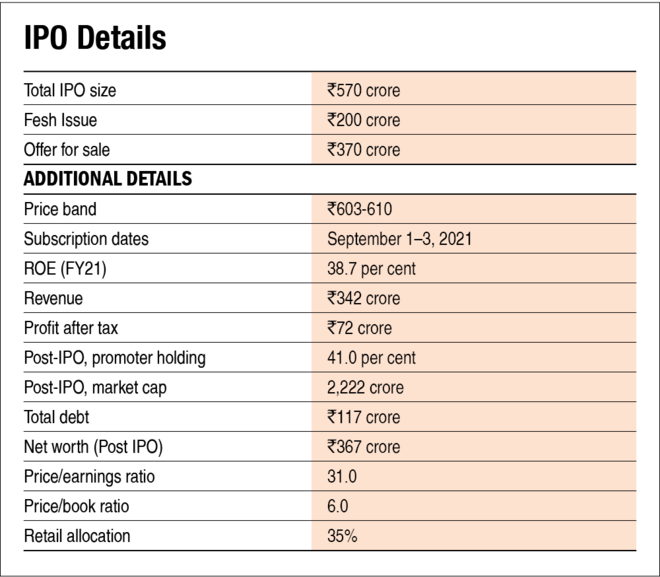 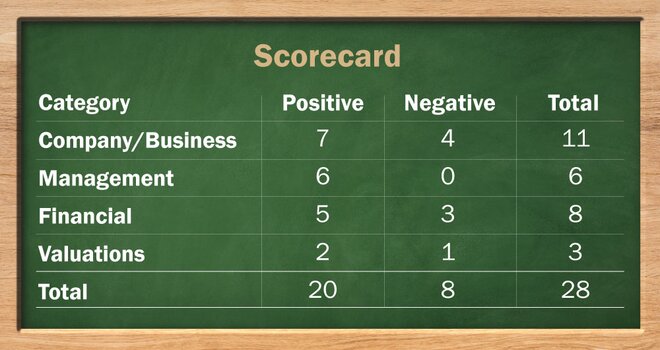 2) Will the company be able to scale up its business?
Yes, the company is a market leader in pharma intermediaries and currently uses only 63 per cent of its capacity. This, along with increasing applications of speciality chemicals across various industries, will drive the demand in the future. The company also plans to grow organically and inorganically. It recently acquired Gujarat Organics to foray into the agrochemical industry.

3) Does the company have recognisable brand/s, truly valued by its customers?
Yes, it has built good brand equity among pharmaceutical companies. The company has 50 customers who have been with the company for the last five years.

5) Does the company have a credible moat?
Yes, the company is one of the largest manufacturers and a market leader in some critical pharma intermediaries, giving it an edge against its competitors. Also, it has many large domestic and international pharmaceutical companies as its clients, such as Laurus Labs, Cadila Healthcare, Cipla, Organike s.r.l.a Socio Unico, and Medichem S.A., to name a few. The company has also received US FDA approval for one of its manufacturing facilities.

6) Is the company sufficiently robust to major regulatory or geopolitical risks?
No, the company operates in an industry where various approvals are needed and environmental laws are being imposed. The company also has significant exposure to international markets, and it imports around 20 per cent of raw material from China. Any significant geopolitical changes can harm the company.

7) Is the business of the company immune from easy replication by new players?
Yes, the industry has high barriers to entry due to the long gestation period to become a supplier for a client, particularly for US and Europe-based companies, which require high regulatory compliances. Also, the involvement of complex chemistries in manufacturing pharma intermediates is challenging to commercialise on a large scale.

8) Is the company's product able to withstand being easily substituted or outdated?
Yes, the pharma intermediaries of the company are being used in medications such as anti-cancer, anti-psychotics, anti-parkinson's, and many more, for which demand is increasing and cannot be easily substituted.

9) Are the customers of the company devoid of significant bargaining power?
No, the company generates almost 45 per cent of its revenues from its top five customers but does not have any long-term contractual arrangements with its clients. It conducts business with them based on orders received from time to time.

10) Are the suppliers of the company devoid of significant bargaining power
No, the company depends on a limited number of suppliers, with the top five accounting for 35 per cent of its total purchases, which also supply to other companies.

11) Is the level of competition the company faces relatively low?
No, there are several players in the speciality chemicals industry in India which have greater financial sources and better geographical reach.

13) Do the top three managers have more than 15 years of combined leadership at the company?
Yes, the Managing Director, Nareshkumar R Patel, has been associated with the company since its inception.

14) Is the management trustworthy? Is it transparent in its disclosures, which are consistent with Sebi guidelines?
Yes, we have no reason to believe otherwise.

17) Is the company free of promoter pledging of its shares?
Yes, the promoters have not pledged any of their shareholdings.