Glenmark Life Sciences IPO: Information analysis | Value Research https://www.valueresearchonline.com/stories/49559/glenmark-life-sciences-ipo-information-analysis/ This manufacturer of active pharmaceutical ingredients aims to raise Rs 1,514 crore through an initial public offering. Should you invest in it?

This manufacturer of active pharmaceutical ingredients aims to raise Rs 1,514 crore through an initial public offering. Should you invest in it? 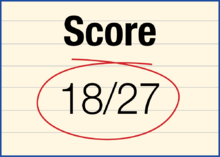 Glenmark Life Sciences is involved in the development and manufacturing of high-value, non-commoditised active pharmaceutical ingredients (APIs) - raw materials used in making medicines. The company has a portfolio of 120 products that have a market size of $142 billion. These products are used in various therapy areas, such as cardiovascular, central nervous system, diabetes, anti-infective and others. Besides, over the years, the company has scaled up its contract development and manufacturing operations (CDMO), accounting for around 8 per cent of the overall revenue in FY21. Currently, the company has a total capacity of 726.6 kilolitres (kl) across its four facilities located in Gujarat and Maharashtra.

Glenmark Life Sciences is a wholly-owned subsidiary of Glenmark Pharmaceuticals. In 2018, it entered into a business purchase agreement with Glenmark Pharma under which its API business was spun off into the company for Rs 1,162 crore. Through the IPO, the company is raising around Rs 1,514 crore. Out of this, Rs 453 crore is for a fresh issue, Rs 800 crore will be used for paying off the debt against the above-mentioned business purchase agreement and around Rs 150 crore will be utilised for the expansion of its existing plants by 200 kl. Going forward, the management intends to grow its API business by introducing more molecules and expand its CDMO business for which it has planned the capacity expansion of 800 kl by the end of FY23.

The global API market was estimated to be around $181.3 billion in 2020. The US (35.1 per cent) and China (32.4 per cent) dominate the market, while India accounts for 6.1 per cent of it. At present, India imports around 68 per cent of APIs from China. However, to promote local manufacturing and cut this dependence, the government has announced various schemes and financial packages for the sector. The availability of skilled manpower, low operation costs and the government's focus on API manufacturing can act as growth catalysts for the sector. 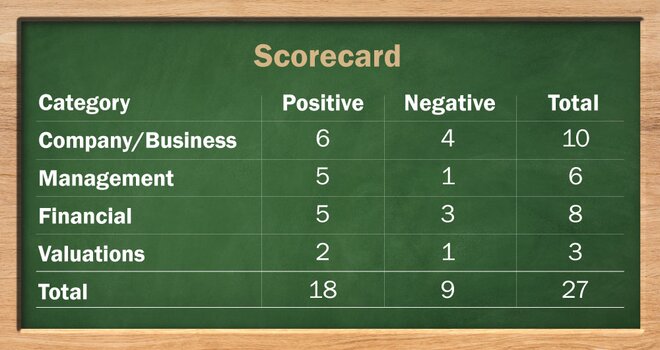 2. Will the company be able to scale up its business?
Yes. The company is increasing its API manufacturing capacity by 200 kl at its two existing plants. These will be brownfield expansion and should come up in a short period of time, as they won't require lengthy regulatory approvals. Additionally, the government's focus on cutting reliability on China for API imports is giving impetus to domestic manufacturers. Moreover, the company intends to scale up the CDMO business (8.1 per cent of FY21 revenue) by making further greenfield investments slated for FY23. These factors should help the company scale up its business.

3. Does the company have recognisable brand/s, truly valued by its customers?
Not applicable. The company sells active ingredients used as raw materials in medicines to other generic drug manufacturers. Since it's a B2B product, the concept of brand recognition isn't relevant.

5. Does the company have a credible moat?
Yes. The company sells high-value non-commoditised APIs and as of FY21, it had a portfolio of 120 molecules. Its key products, which contribute substantially to its API business, have a market share of more than 30 per cent. Additionally, its facilities are approved by the USFDA and other regulatory bodies and since 2015, it has not received any warning letter or import alerts during 38 inspections. All these factors provide the company with a credible moat.

6. Is the company sufficiently robust to major regulatory or geopolitical risks?
No. Active ingredients are like raw materials to any medicine and are of a highly critical nature. Therefore, API manufacturers are subject to inspections by various regulatory bodies like the USFDA and others. Additionally, post-COVID, governments around the world are wanting companies to move API manufacturing locally so as to cut reliance on international supply chains.

7. Is the business of the company immune from easy replication by new players?
Yes. Drug approvals are a lengthy and cumbersome process. Following the development of the drug, pharma companies have to file for approval with various regulatory bodies. For example, as of FY21, the company had 403 DMFs across various regulatory bodies. These processes require constant R&D efforts and are time-consuming, making them immune to easy replication by new players.

8. Is the company's product able to withstand being easily substituted or outdated?
Yes. The company produces APIs that are higher up the value chain and are non-commoditised in nature. Although the complexity of drugs produced keeps on increasing year on year, as such APIs are not expected to be substituted or become outdated.

9. Are the customers of the company devoid of significant bargaining power?
No. In FY21, the top five customers of the company accounted for 55.9 per cent of the revenue. Moreover, the promoter company (Glenmark Pharmaceuticals) accounted for 40.9 per cent of the overall sales. Such a high share of revenue concentration provides ample bargaining power to customers.

11. Is the level of competition the company faces relatively low?
No. The API market is a highly fragmented market with around 1,500 API manufacturing plants. As of 2017, the top 14-16 API players comprised just 16-17 per cent of the total market. The presence of several players and the fragmented nature of the sector make it highly competitive.

13. Do the top three managers have more than 15 years of combined leadership at the company?
No. The current CEO joined the company in 2019, while the current CFO of the company joined in December 2020.

15. Is the company free of litigation in court or with the regulator that casts doubts on the intention of the management?
Yes, we have no reason to believe otherwise.

17. Is the company free of promoter pledging of its shares?
Yes, none of the shares held by the promoters is pledged.