Barbeque Nation IPO: Information Analysis | Value Research https://www.valueresearchonline.com/stories/49161/barbeque-nation-ipo-information-analysis/ This prominent restaurant brand is raising Rs 453 crore through an IPO. Should you bid for its shares? Here's the full analysis to help you make up your mind. This prominent restaurant brand is raising Rs 453 crore through an IPO. Should you bid for its shares? Here's the full analysis to help you make up your mind. 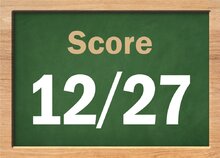 Barbeque Nation Hospitality operates 164 casual-dining restaurants under brand names, including Barbeque Nation, Toscano, La Terrace and Collage. Barbeque Nation is the primary brand of the company under which it owns and operates 153 restaurants (147 national and six international) across 77 cities in India. The brand serves North Indian cuisine under the concept of over-the-table barbeque. Also, the company has acquired a 61.35 per cent stake in Red Apple through which, it operates 11 Italian restaurants.

The Rs 4,236 Bn food-service market (in FY20) of India is fairly cluttered with a substantial presence of unorganised players. Since the opening of the first Barbeque Nation restaurant in 2006, the company has grown the number of restaurants slowly, with as many as 71 restaurants being added to the chain during FY17-20. While casual-dining restaurants attract customers mainly during weekends, Barbeque served 9.92 Mn customers in FY20, with major sales (53.4 per cent) during weekdays and lunch covering at a healthy 44.4 per cent.

COVID-19 has had a negative impact on the hospitality business. The closure of restaurants, coupled with a growing tendency to avoid crowded places, led to falling footfall. Even though the economy has now opened, the company did not recover to the pre-COVID level as of November, 2020, as it operated 156 restaurants out of 164, while monthly sales only improved to 84.2 per cent compared to the year-ago period. In a bid to drive growth, the company focused more on the delivery business. In line with this, it launched UBQ by Barbeque Nation brand for food delivery and relaunched its app BBQ (2.2 Mn downloads as of December 2020). Its delivery business scaled up quickly, accounting for around 16 per cent of eight-month sales till November 2020.

In a pre-IPO placement, the company has recently raised around Rs 150 crore at a price of Rs 252 (compared to the Rs 500 issue price). Out of the net proceeds of Rs 130 crore from the IPO, the company intends to use Rs 75 crore to repay debt, with the remaining for opening 26 new restaurants in FY 22-23. Although the company has been loss-making for the last couple of years, the management expects that the reduction of the outstanding debt post IPO, along with lowering depreciation costs (as its restaurants mature), would yield profitability sooner than later. 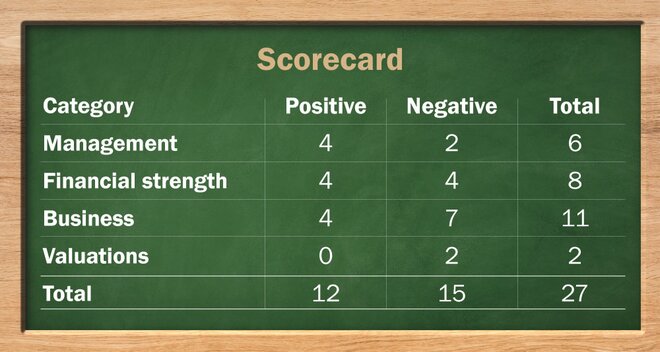 2. Will the company be able to scale up its business?
Yes. Out of the Rs 130 crore net proceeds from the fresh issue, the company intends to use Rs 55 crore towards setting up new outlets. It costs roughly Rs 2.1 crore to set up a new outlet, while the management suggests that break-even is achieved in a span of two-four months. The company has a target of opening 26 outlets in FY22-23, which it should be able to achieve from the fund to be raised.

3. Does the company have recognisable brand/s, truly valued by its customers?
Yes. Barbeque Nation is a very well-recognised brand. The company has been a pioneer in developing live barbeque-concept-based dining. Unlike other casual-dining restaurants which experience traffic mainly on weekends, Barbeque gets around 50 per cent of its revenue during weekdays, which shows its strong recognition among corporate customers.

5. Does the company have a credible moat?
No. The company provides a barbecue experience for its customers. However, several other players with similar service experience have started in recent years.

6. Is the company sufficiently robust to major regulatory or geopolitical risks?
Yes. The company is basically a restaurant chain primarily operating in India. Being a part of the organised food-service industry, it is expected to maintain heightened levels of hygiene. However, the company is sufficiently safe from regulatory risks.

7. Is the business of the company immune from easy replication by new players?
No. Over recent years, the company's concept of over-the-table barbeque has been copied by many other players. Besides, there aren't any particular differentiating factors that cannot be easily replicated.

9. Are the customers of the company devoid of significant bargaining power?
No. The Rs 4,236 Bn food services industry in India is a very competitive market, with around 60 per cent of it coming from unorganised players. Within organised players, multiple formats, such as QSR (quick-service restaurant), casual dining and others, are there. Hence, customers have many options to choose from.

15. Is the company free of litigation in court or with the regulator that casts doubts on the intention of the management?
Yes, there are several outstanding litigation cases against the company and its promoters.

17. Is the company free of promoter pledging of its shares?
No, one of the promoters of the company, Mr Kayum Dhanani, has pledged his stake for a personal loan. However, the pledged stake is just over 2 per cent of the total promoter and promoter group holding in the company.

21. Is the company's net debt-to-equity ratio less than 1 or is its interest-coverage ratio more than 2?
No, the company has a debt of Rs 173 crore, with a negative equity of Rs 12 crore as of November 30, 2020. However, post the Pre-IPO fundraise of Rs 150 crore and fresh issue from IPO of Rs 180 crore, the equity would rise to around Rs 340 crore post listing. Also, the company intends to reduce its outstanding debt of Rs 143 crore (as of January 2021) to Rs 68 crore using the IPO proceeds.

23. Can the company run its business without relying on external funding in the next three years?
Yes. The company has recently raised around Rs 150 crore for improving its liquidity. Further, around Rs 75 crore from the fresh issue is going towards the repayment of the debt, while the rest Rs 55 crore will be used for expansion. With this much liquidity, the company will be able to fund its growth plans without relying on external capital.

27. Is the stock's price-to-earnings less than its peers' median level?
NA. The company reported losses in the last financial year ending March 31, 2020. Disclaimer: Authors may be an applicant in this Initial Public Offering.