A simple budget for a simple time | Value Research https://www.valueresearchonline.com/stories/48974/a-simple-budget-for-a-simple-time/ To counter the disruption caused by the pandemic, the FM has presented a spending-heavy budget. This is indeed the obvious and practical solution.

A simple budget for a simple time To counter the disruption caused by the pandemic, the FM has presented a spending-heavy budget. This is indeed the obvious and practical solution. 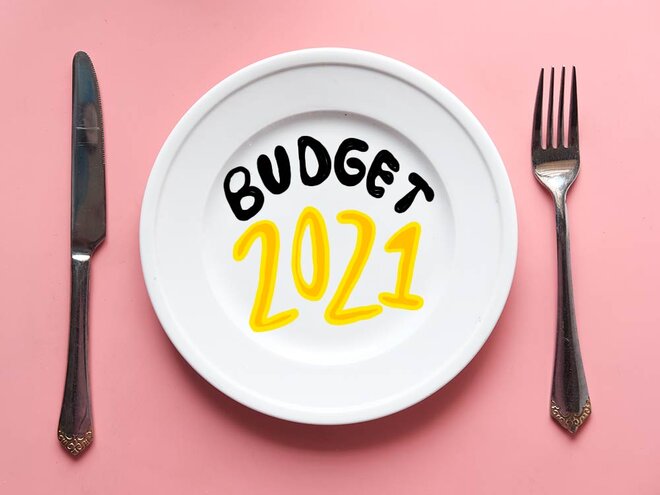 A crisis can make life simple, just reducing it to the absolute necessities. Many, perhaps most of us, have experienced this since the Chinese virus hit us in March. Most of the activities and complexities of life melted away, postponed for some far away future. The formula became simple - just keep yourself safe while keeping work/business going as best as possible.

Ms Sitharaman had an equally simple task for this budget. Spend a lot of money, and just borrow what is needed. In terms of the overall direction, this must have been the simplest budget in years. For the first time in living memory, there is hardly any need for a fiscal high-wire act. 2020-21's revised budget estimate is 9.5 per cent. That's a number that would have had most analysts splutter and foam at the mouth a year ago. And yet no one has batted an eyelid. In fact, in the first few hours after the budget, I did not hear even a single comment about it.

Next year's budget estimate is above 6 per cent and the chances of it being exceeded are pretty high and yet that too has generally been met with a 'What can you do' shrug by almost everyone. Essentially, the government has got a two-to-three-year free pass on the deficit and can borrow and spend liberally as far as general criticism goes. Of course, the economic costs of fiscal deficits will have to be paid but as the last few months have taught us all, there are no perfect solutions, only trade-offs. At this point, one can carp about this or that detail, but the trade-off that the FM has chosen is the obvious, practical one.

Obviously, since this is a spend-spend-spend budget, what happens now is just the beginning. The budget just provides the money and sets the task for all the other parts of the government to execute on the actual actions. Once upon a time, that would have been the big question mark on it but given the all-round improvement in execution that one sees in India, this could well be an opportunity that gets realised.

As for the small stuff that I generally find myself writing about on budget day, there isn't much here. Apart from a couple of small adjustments, there's nothing has changed in the realm of savings, investments and related areas. One interesting change is in ULIPs, where a number of tax loopholes have been closed.

As most knowledgeable savers have known for many years now, ULIPs are essentially a subterfuge whereby the insurance industry fools people into buying expensive, opaque and poorly performing investment products that are disguised as insurance to take advantage of the tax advantage that has been allowed for genuine insurance products.

In this year's budget, there are a number of small changes that show that at long last, the finance ministry has seen through this fakery. As the budget's explanatory memorandum puts it, "Under the existing provisions of the Act, there is no cap on the amount of annual premium being paid by any person during the term of the policy. Instances have come to the notice where high net worth individuals are claiming exemption under this clause by investing in ULIP with a huge premium. Allowing such exemption in policy/policies with huge premium defeats the legislative intent of this clause." Of course, this points to a gross regulatory failure on IRDA's part in allowing such products but that's a separate story. As far as the tax laws are concerned, the exemption is now limited to a total of Rs 2.5 lakh per annum across all ULIPs a person may invest in. In my view that's still 2.5 lakh too much but this is at least some improvement. Additionally, upon redemption of a ULIP, it will now be treated in the same way as an equity mutual fund. Essentially, this means that the tax laws are now less skewed against competing investment products like mutual funds.

All things considered, the virus is a crisis that can be turned into an opportunity in many areas. The budget shows that the government recognises that this is the best course to take. Will it work out? I think it will.