Goals and buckets | Value Research https://www.valueresearchonline.com/stories/48141/goals-and-buckets/ The personal finance crisis that the Chinese virus has brought upon many of us has made the need for better financial planning more urgent 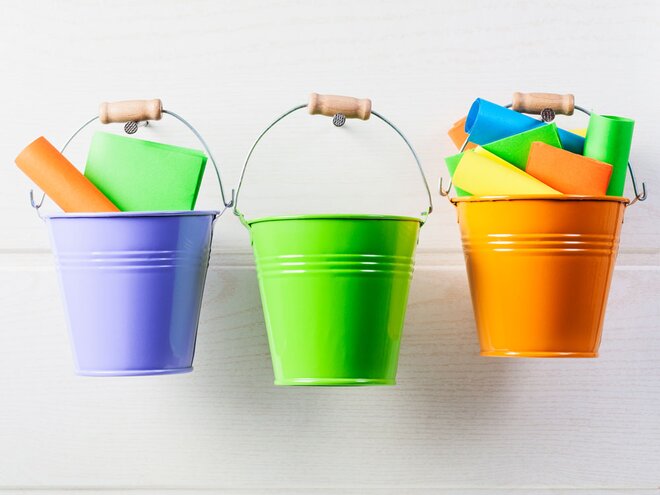 The proper way to plan one's investments is to start with future financial goals that are known and predictable. Most of us have these in plenty, from standard ones like a house and kids' education to retirement. Once you have a list of goals you can plan investments suited for each, depending on the amount needed, the time-frame and other factors.

However, for many of us, this full-blown, elaborate goal-based system may become a little too much work. In that case, there's a simpler system, which is the simple four bucket system. I've written about this earlier, quite some time ago, but this made-in-China pandemic has brought home the urgency and the importance of planning one's finances and savings properly, especially the emergency fund part of it.

However, let's not get ahead of ourselves. The four-bucket system is a simpler framework, but not a less capable one. Originally, I had recommended that one should start from the long-end and deal with long-term requirements first. However, in deference to what worries most people today, let's start with the short end. So the first bucket is that of immediate needs and emergency funds. Unlike the conventional way of creating these buckets, I'm not creating one for your current expenditure, because that is an implicit category. Emergency funds are something that most people ignore. You will probably have a good feel for how much you will need and three to six months of family income is not a bad starting point. If the pandemic has changed your worldview about these things, then adjust according to what you feel is better.

The second bucket is medium term requirements, say up to about five years. These could be expenses that you can forecast with some certainty. You know you'd like to buy a house in five years and will need to put down an initial payment. You know that in three to four years, your car will be pretty old and you'd like to buy a new one. These needs are distinguished from the longer term ones not just by a shorter period, but also because the shorter time frame means that they are more precisely predictable in time and amount.

Then let's go to the third bucket, which is the one where you put requirements that are seven, ten, fifteen or even more years away. Depending on your age, this could be retirement, kids' education, or anything else. The important thing is the time frame of these needs. The time frames are generally so long that it may be hard to forecast the exact amount you will need. If your child is five years old right now, how much will her child's education cost 12 or 13 years from now? It's difficult to say. Depends on what kind of an education she wants, and how much the cost changes. You can just vaguely guess that it will be a surprisingly high number!

The fourth bucket is an odd one out in that it consists of the statutory tax-saving investments. It's the odd one out because it can actually be subsumed in one of the first two. However, it should be thought of as a separate entity because it saves you taxes and that itself is equivalent to earning. Moreover, depending on how exactly you make your tax-saving investments, there will be a lock-in of at least three years, so the term of investment is enforced by the tax laws instead of your own choice.

Once you are clear about the various buckets into which your savings must be placed, it becomes clear as to which kind of investments go into which bucket. For the immediate bucket, bank deposits are the obvious way to go for most people although some types of mutual funds are just as good. For the shorter term bucket, one should look at hybrid or debt funds. And obviously, given the long time horizon of the third bucket, one should invest only in equity funds. Even though equity funds can be volatile in the short term, only they provide good enough returns in the long term to beat inflation and provide substantial returns.

Even though a goal-based system is better, this simplified four-bucket system detailed above is a pretty good and much simpler alternative.