Ignoring feedback loops and looking ahead | Value Research https://www.valueresearchonline.com/stories/48000/ignoring-feedback-loops-and-looking-ahead/ For investors, some decision-making mechanisms are now more reliable than others, but there are no real surprises

Ignoring feedback loops and looking ahead For investors, some decision-making mechanisms are now more reliable than others, but there are no real surprises

Over the last many years, I've written several times about the toxic effects of too much news on savers and investors. Now over the last two months, the pandemic has made this much worse. Last week, while rereading the fascinating book by the 'undercover economist' Tim Harford, 'Adapt: Why Success Always Starts with Failure', I realised that the underlying problem with too much news is one of inappropriate feedback loops.

In any process, be it your investments, or driving, or a government deciding on the best policies to limit the spread of a disease like Covid, success comes from fine-tuning the inputs based on their effects. The strategy that one sets out with is rarely, if ever, the correct one, as Harford puts it in the subtitle of his book. Almost always, one has to start with something that is an estimate or even a guess. Then one sees what effect it's having and then modifies the strategy. This is the feedback loop, akin to what engineers build into all kinds of machineries and circuits.

As engineers understand well, feedback loops have to be just right. If they are too rapid and too strong, they can lead to useless, almost random actions. If they are too slow and too weak, they can be ineffective or late. In fact, looking at what's happening with the management of the Covid disease, it looks as if it's the slowness of the disease's progression that's a problem for governments and doctors around the world! The disease takes up to two weeks after infection to appear and then takes up to 4-6 weeks to run its course. If, for example, there is some change in the lockdown policy (of the kind various states in India are experimenting with now), it could take up to three weeks for the impact to become clear. Then, if an adjustment is made in the policy, it will take another three weeks for the impact of that to become clear.

I remember the SARS epidemic twenty years ago. By all accounts, it was a much deadlier disease, except that the feedback cycle was quick and clear. People would get infected and develop high fever within a few hours to a couple of days. Detection and response was an order of magnitude simpler than Covid and as a result, the epidemic was damped down quickly because of the short and sharp feedback loop.

In the covid-infected investment world, it's not at all clear what that feedback loop should be. We can see clear evidence of this in the extraordinary gyrations of the equity markets and the resultant swings in the NAVs of equity mutual funds. Clearly, there is a disconnect between what businesses are headed for and what the equity markets think they are headed for. There are many individual investors who are making similar mistakes. They are looking at how economies will inevitably grow some three, four or five years into the future and making connections from that to tomorrow morning's stock prices.

I feel this is a problem of ruptured feedback loops. Investors are used to a certain quality and speed of input from events around them. These are sometimes correct and sometimes wrong but they always have some recognisable patterns. Those patterns are now broken. It's no longer possible for any short feedback loop to provide meaningful input to your investment decisions. What will happen in the next month or quarter or year is not possible to figure out and therefore using imaginary information as the input to your actions basically means that the feedback loop is misleading.

On the other hand, long-established principles of business, savings and investment are very different. These form feedback loops which work over years and those who follow them are not prone to mistake the clueless short-term meanderings of equity prices as holding much of a signal which can be used as an input to their decisions.

This situation - where the nearby is foggy but the distant is visible - sounds like a paradox, but it actually isn't. This happens in every big crisis - and the result is the same every time. 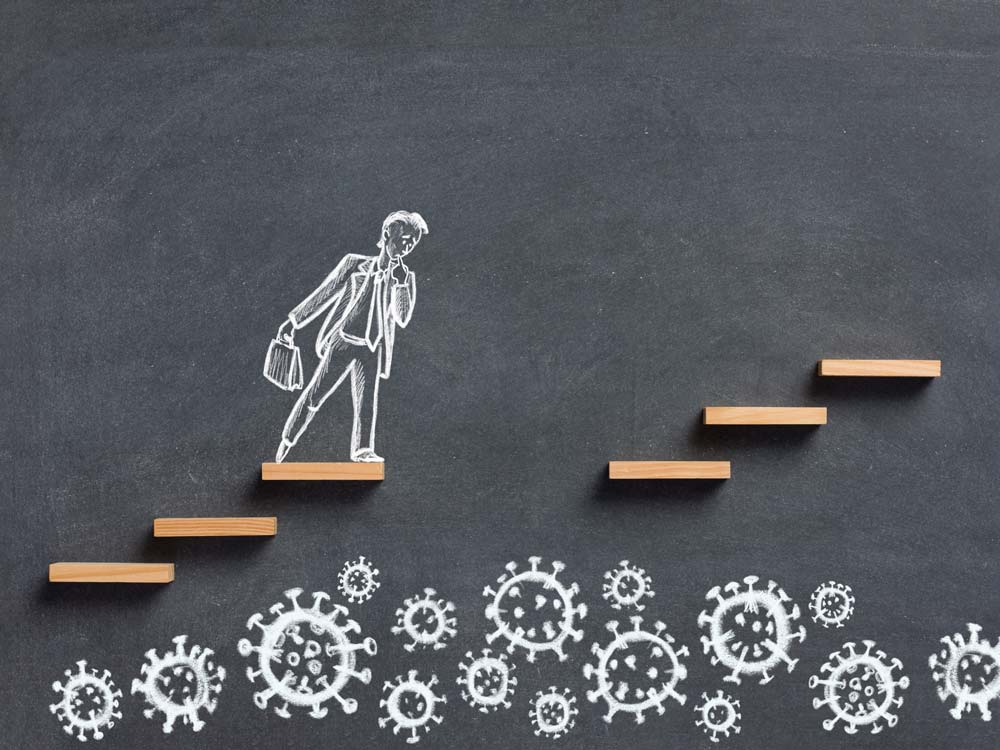 To do or not to

Is this the time to sit on your hands, or should you try to tweak your savings and investments? The answer is straightforward Wildly unpredictable events will hit much more frequently than a naive extrapolation of trends indicates, and such events will more likely be negative than positive