A time for risk? Surely not | Value Research https://www.valueresearchonline.com/stories/47946/a-time-for-risk-surely-not/ Those who fell for risky, leveraged and overly clever financial products are suffering, but the temptations are still there

A time for risk? Surely not Those who fell for risky, leveraged and overly clever financial products are suffering, but the temptations are still there

As it happened in 2008-09, a sharp downward move in the equity markets brings out all kinds of problems that were hidden away normally. A few days back, I heard from an acquaintance who lives in UAE how a well-known international bank wiped out all his savings. Although the UAE is a different jurisdiction, the saver is an Indian citizen, the underlying product is an Indian mutual fund and the bank operates in India too. Therefore the story might be of interest to at least those readers who have relatives abroad investing in India. Moreover, the basic lesson to be drawn from this episode is just as relevant in India.

This person was approached by the bank with a scheme to invest in an Indian mutual fund using a special method which would enhance the returns, or so the bank said. The customer fell for the stories and agreed to invest, especially as the mutual fund was a well-known Indian financial brand. What the customer did not understand clearly was that this was a leveraged product. The money invested was double that of what the customer had put in, with the other half coming as a loan from the bank with the customer's half as the collateral!

Naturally, as long as the returns were positive, the customer was happy. However, when the markets crashed, the bank asked the customer to deposit a large amount as margin money in order to shore up the collateral. Since the customer could not afford to do so at that point, almost the entire holding was sold off, leading to a near 100% loss. The customer has hardly understood what happened exactly, but has no recourse to anything. The bank would obviously be doing this on an industrial scale and would be well-protected legally. The matter is entirely outside the Indian regulatory ambit in any case.

Can this happen in India? The answer is that it cannot happen in this exact manner in mutual funds. However, it's entirely possible to borrow against investments (whether stocks or mutual funds) from most banks and then use that borrowing to invest more. That would produce the same set of higher returns but with a much higher risk. Of course, this kind of leveraged trading is routine in stocks and is the normal modus operandi for traders but presumably (hopefully) those people know what they are doing or at least learn quickly enough with their first round of losses.

Generally speaking, there are many investing and trading tricks that give the illusion of working well when the markets are going up or at worst, dropping in a routine manner. When the stresses become very large, then the underlying flaws show up. This is happening - and will happen soon - in any business where there's too much borrowing. Trading with borrowed money by an individual is an extremely dangerous variation of the same theme. Unfortunately, it's always some intermediary who leads savers into this path in order to enhance their own profits. A tight regulatory system helps but cannot keep people protected 100 per cent.

The current situation, when there are violent movements in the markets, is just the kind of time when the temptation to play some special tricks can easily be provoked by skilled salespeople. Some people, when they have just lots of money, may fall for some supposedly clever financial products that can bring bigger profits. However, for everyone who self-defines as a saver rather than a trader, none of this is worthwhile. We need to stick to the basics, to the asset allocation and the risk level that is appropriate for our own financial situation.

The Covid pandemic will be a long fight, personally and financially, and this is no time to try out risky financial products. 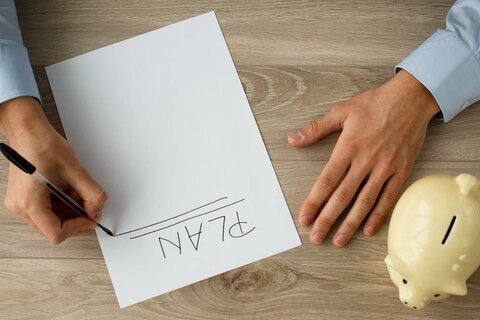 The pursuit of retirement

After investing for his various goals, Himanshu is left with little surplus to invest for his retirement. Here is what he can do