Five changes that have transformed your mutual funds 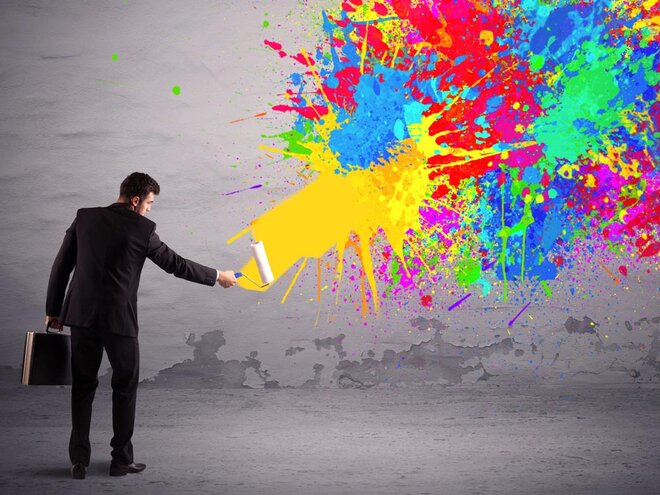 "It is not the strongest of a species that survives, nor the most intelligent. It is the one most adaptable to change." There's controversy over whether it was Charles Darwin who said this, but it is a perceptive quote.

The reason why the Indian mutual fund industry has managed to beat back many other competing financial products and emerge as a go-to investment for the retail investor is that it has reinvented itself many times over in the last two decades. If you thought the evolution of the industry was done and dusted with the SEBI barring entry loads way back in June 2009, you're mistaken.

Here are five big changes that mutual funds have gone through in the last five years that have made a massive difference.

1. The rise of direct
It was through an innocuous sounding provision slipped into a circular on 'Steps to re-energise the mutual fund industry' that SEBI introduced direct plans into mutual funds from January 1, 2013. When it was first proposed that all mutual funds offer a separate plan for investors who didn't rely on distributors, no one was clear whether these plans would really take off.

But six years on, AMFI data suggests that over Rs 11 lakh crore of the industry's assets under management, or 42 per cent of its total assets, are lodged in direct plans. While 74 per cent of this direct money is in debt funds, the rest is in equity funds, hybrid products and ETFs.

The rise of DIY investing via direct plans can be traced to several factors. Institutional investors who were using the intermediary route to invest treasury money in debt funds were the first to hop onto direct plans in a bid to cut out commissions and eke out higher returns. The mushrooming of online resources where investors could do their own research from third-party rating agencies such as Value Research, to blogs and the financial press helped retail DIY investors in their choice of funds. In the last couple of years, the evolution of free transaction portals, such as MF Utility, Paytm Money, Kuvera and Zerodha Coin that allow investors to transact in the direct plans of multiple AMCs on a single platform has given direct investing a shot in the arm, too.

SEBI too has taken an active part in pushing the growth of direct plans. Not content with introducing them, it has kept a hawk eye on cost differentials between direct and regular plans to make sure that distributor commissions do not find their way into direct plans through a circuitous route. In its TER reduction move in October 2018, it directed AMCs to pay all their scheme expenses and commissions only from the scheme accounts and not from the AMC or sponsor's pockets. The charging of a differential management fee between direct and regular plans was also barred. It has also asked AMFI to deploy some of its investor-awareness fund towards promoting direct plans.

2. The category shake-up
A befuddling number and categories of schemes, unclear mandates that allowed fund managers to stray from their objectives and misleading fund names were key factors that worsened the investor experience from mutual fund investing, despite their transparency.

SEBI's circular requiring all AMCs to recategorise their schemes and enforcing truth in labelling was a surgical strike on such practices. In its October 2017 clean-up, SEBI asked all the 41 AMCs to take a hard look at their schemes and reclassify them into five key asset classes (equity, debt, hybrid, solution-oriented and others). It also decreed that there can only be 10 types of equity funds, 16 types of debt funds and six types of hybrid funds. In all, every AMC can offer a total of 36 types of schemes across asset classes. To do away with duplication, every AMC could offer only one scheme under each of the 36 categories, with only thematic funds and index funds let off the hook.

Insisting on truth in labelling, SEBI laid down standard definitions of large-, mid-, small- and multi-cap funds, decided on debt-equity allocations for hybrid funds and laid down maturity buckets for debt funds categories, too.

3. Reforming expenses
With the rising popularity of SIPs and long-term equity fund returns beginning to look good, the assets managed by the Indian mutual fund industry have galloped. AMFI data shows that the assets under the industry's belt expanded from under Rs 1 lakh crore in 2001 to over Rs 21 lakh crore by the beginning of 2018. But despite a manifold rise in their scheme sizes, which has meant lucrative management fees from this extremely scalable business, the majority of AMCs made very little effort to pass on their economies of scale to investors.

It was this fact that prompted SEBI to revisit its slab structure for TERs (fixed way back in 1996) through a revised slab structure in September 2018. Pruning annual TERs across the board by 25 basis points, SEBI set out a new slab structure for both equity and debt schemes. Under the new slabs, TERs for the first Rs 500 crore of equity assets are capped at 2.25 per cent, for the next Rs 250 crore are at 2 per cent, for the next Rs 1,250 crore at 1.75 per cent and so on, going all the way to 1.50 percent for Rs 5,000 crore plus assets. For schemes that top this, there's a calibrated reduction in TERs. TERs for closed-end schemes have been reined in at 1.25 per cent, effectively putting an end to the indiscriminate closed-end equity fund roll-outs.

SEBI also followed this up with further measures to make TERs more transparent. It decreed that scheme-related expenses, including distributor commissions, needed to be paid only out of scheme expenses, cracking down on the practice of large AMCs subsidising them out of their own pockets. It also asked mutual funds to discontinue all upfront payouts and move to a full trail model, putting an end to front-ending of trail commissions to hard-sell NFOs. All these reforms augur well for the industry.

4. Fixing debt funds
The ground rules for equity mutual funds have reached quite an evolved state in India thanks to a rapidly maturing equity market, with a diverse set of retail, HNI and institutional participants. But debt-fund regulations haven't quite kept up, given that Indian bond markets remain a Wild West - characterised by private-placement deals, opaque structuring, poor corporate-bond liquidity, rampant mispricing and the complete absence of any market for distressed bonds.

With the debt segment of the mutual fund industry amassing assets nevertheless, these fault lines have come back to haunt debt-fund investors quite frequently in the last five years. A string of defaults and downgrades in bonds, starting with Amtek Auto and Ballarpur Industries and going on to IL&FS, DHFL, Reliance ADAG and Altico in recent times have caught debt-fund managers napping and led to a string of shocking capital losses for investors in debt funds across the spectrum. Fund managers have also been caught on the wrong foot quite often on their duration calls. This has prompted SEBI to unleash multiple rounds of tightening in its risk control and valuation norms for debt funds.

SEBI's debt-fund reforms have triggered four main sets of changes. One, the recategorisation norms in October 2017 forced debt funds, like equity funds, to clearly restrict themselves to specific maturity buckets, drawing boundaries around their risktaking based on duration.

Two, debt funds, which earlier followed widely different norms for valuing non-investment grade bonds, have been forced to adhere to a standard AMFI haircut matrix. This matrix pegs the quantum of haircuts funds need to take to the credit rating of the security, offering no room for discretionary NAV valuation. SEBI's notification of side-pocketing rules for securities that turn default grade have also prompted many AMCs to adopt these norms to prevent speculative action in debt funds.

Three, realising that concentration risks present the main threat to Indian debt fund investors in an imperfect bond market, SEBI has capped scheme exposure to individual issuers at 10 per cent and exposures to a single group and sector at 20 per cent. Recently, debt-fund exposure to unlisted securities and bonds with credit enhancements has also been capped. Promoter-lending deals, which have been in hot water, have been discouraged by insisting on a collateral cover of four times.

Four, to prevent undue risk-taking in liquid funds which remains hidden, these funds have been transitioned to mark-to-market NAV valuation, with a minimum 20 per cent investment in liquid instruments. To discourage excessive churn, exit loads will be levied on investors who quit liquid funds within seven days of investing.

5. The rise of indexing
A final change in the Indian fund industry that bears close watching is the emergence of better passive products that pose a potential challenge to the still expensive active funds.

Unlike the US markets which have been over-run by ETFs, active funds still manage over 95 per cent of the equity assets in the Indian mutual fund industry. But this could change over time with a few incipient trends.

The EPFO's 15 per cent equity allocation promises to pump Rs 15,000-18,000 crore into index ETFs every year and the government seems quite keen on taking the ETF route to disinvestment and institutional interest in ETFs is certainly picking up. Competition is driving down the TERs of passive funds in India at a rapid pace, widening the gap between index products and active ones on the cost front.

Presently, many index funds (both open-end and ETFs) are available at TERs of less than 20 basis points while actively managed peers hang on to TERs of 1.75-2.25 per cent. SEBI's insistence on total returns benchmarking for active funds is also shrinking the sources of spurious alpha for active funds.

With the new SEBI categories placing restraints on duplicated active fund NFOs, AMCs are also beginning to pay serious attention to index products. In the last couple of years, the ETF space has seen the emergence of innovative products playing on equal-weight indices; Nifty thematic indices, such as Quality, Value and Low Volatility; and funds venturing beyond the plain vanilla Nifty 50 and Sensex to explore broader market indices such as the Nifty 100, BSE 500, Nifty Midcap 150, Nifty Smallcap 250, Nifty 500 and so on. While the jury's still out on how these funds navigate the lack of market depth and tracking error, a maturing market could certainly aid their development. 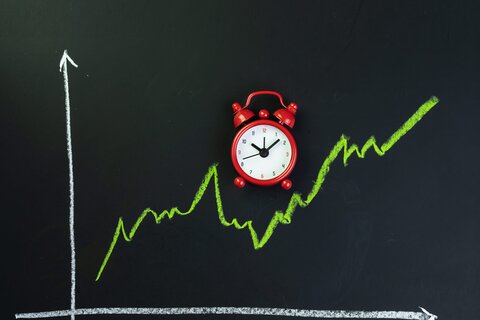 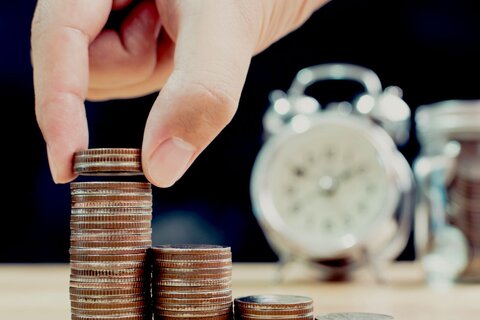 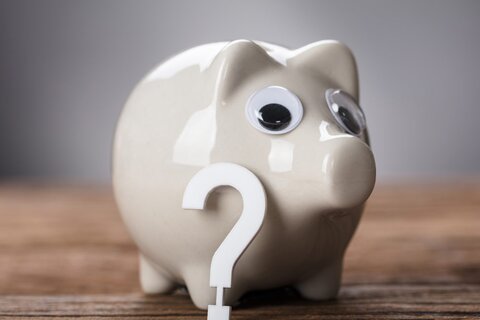