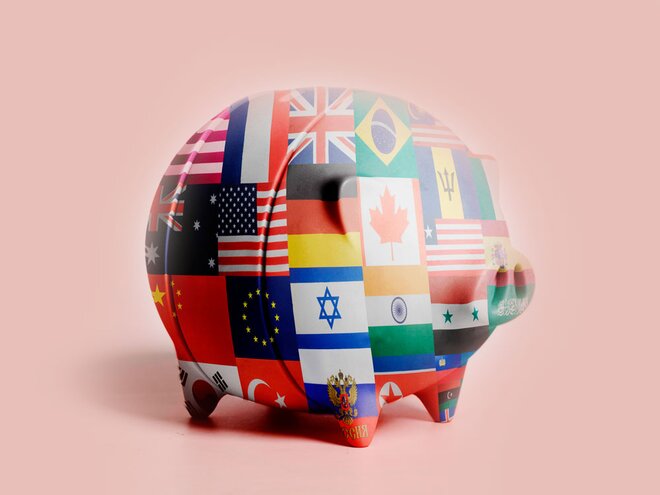 Following general elections and the 2019 budget, the markets have gone into panic mode. Foreign institutional investors (FIIs) witnessed an outflow of more than Rs. 19,700 crore in the quarter ending July 2019. A number of factors, global and domestic, including the proposed surcharge on foreign portfolio investors have caused the outflow.

ICICI Lombard
General insurance company, ICICI Lombard commenced operations in FY02 as a joint venture between ICICI Bank and Fairfax Insurance, a Canadian company, through its affiliate Lombard. It was listed on Indian stock exchanges on September 27, 2017.

ICICI Lombard is the fourth largest non-life insurer and a leader among private players. The company has seen tremendous growth because of its parent ICICI's brand equity . Also, its retail-focused product mix and multi-channel distribution in 638 of 716 districts in India have played a key role in its popularity.

The company offers a comprehensive and well-diversified range of products spanning areas of motor, health and personal accident, crop, fire and marine insurance. Motor insurance accounted for close to 45 per cent of the gross direct premiums in FY19. Gross direct premium is the total of premiums received before considering re-insurance. It represents the growth of a company's insurance business during a given period.

When it comes to financials, the company's revenue as measured by gross direct premium income stood at Rs 14488 crore as of March 2019, up by 17.2 per cent y-o-y. The company's revenue grew at a healthy pace of 14.4 per cent from Rs 33.07 billion in FY08 to Rs 144.88 billion in FY19. During the same period, profit after tax grew at a compounded rate of 23.5 per cent from Rs 1.03 billion to Rs 10.49 billion. As of June 2019, the company's total investment value stood at Rs 237.11 billion. The company has a proven track record, which has translated into high earnings as seen by the ROE, which has been on an increasing trend over the last three years and stood at 21.28 per cent as of FY19.

SBI Life Insurance
SBI Life was set up as a joint venture between State Bank and an insurance subsidiary of BNP Paribas, in 2001.

SBI Life is the second-largest private insurer in terms of New Business Premium(NBP), with a 19 per cent market share in FY19 as against 15.9 per cent in FY15. It has a diversified product portfolio of around 42 products.

SBI Life commands strong brand equity and competitive advantage because of its tie-up with SBI that has a network of more than 24,000 branches and 123,613 individual agents.

A big strength for the company is its large multi-channel distribution networks (direct sales, sales through corporate agents, brokers, insurance marketing firms, etc.). This enables the company to reduce the risk of dependence on any particular channel, leverage economies of scale and target a wide range of customer segments.

In terms of its financials, revenue as measured by the gross written premium (for insurance companies) stood at Rs 11392 crore as of March 2019, up by 22.5 per cent y-o-y. Its 13th month persistency stood at 85.1 per cent, which indicates renewal of new policies going into the second year. This ratio increased from an earlier level of 83 per cent in FY18, indicating an increase in repeat customers and customer engagement and interactions. It has been able to increase its shareholders' wealth by more than 20 per cent in the last one year. Also, has an average ROE of 19.14 per cent in the last three years.