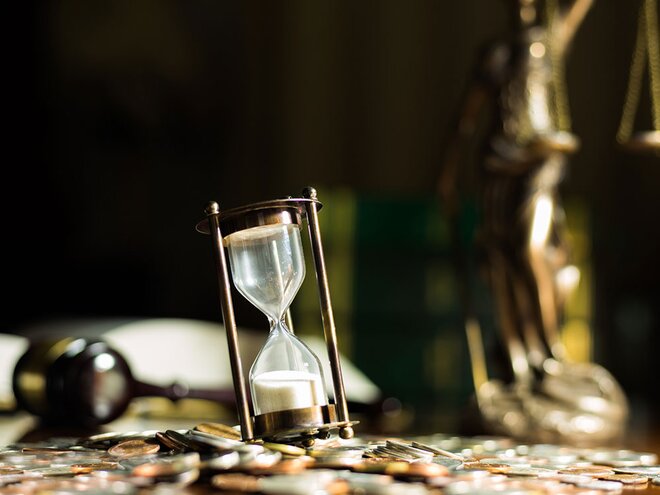 If you are an equity investor, you would know that some categories of equity funds (for instance, small-cap funds) are very susceptible to bear phases, while others make for good defensive bets. This is true for debt markets, too. Long-term debt securities carry far more risk of losses from interest-rate increases than short-term securities. This is because when rates rise, investors in long-term bonds face a far greater opportunity loss on their interest receipts. Thus, if you aren't sure of your timing or have debt money to invest when rates are low, give long-term debt-fund categories a miss and stick to short-term ones. 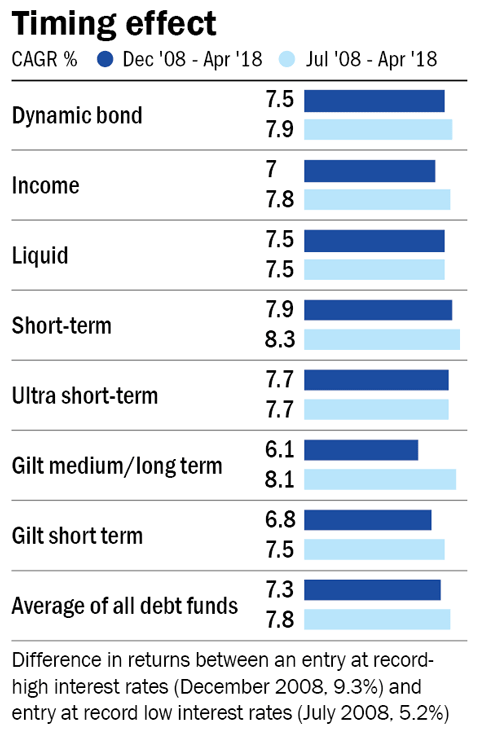 In the above illustration, we discussed how December 2008 was a particularly bad entry point into debt funds (market interest rates were at 5.2 per cent) and July 2008 (market rates at 9.3 per cent) was a very good entry point.

Now, you may be surprised to know that investors who bought into liquid funds in December 2008 earned exactly the same return till date (April 2018) as those who entered them in July 2008 (see the graphic). Both have managed a 7.5 per cent CAGR. Ultra-short-term funds have also delivered identical CAGR returns whether one entered them in December 2008 or July 2008, if you held on till now.

For short-term income funds, there was a difference in returns between the two dates, but it was relatively small - the well-timed investment earned 8.3 per cent CAGR while the badly timed one delivered 8 per cent.

Therefore, the second takeaway is that if you can't time your debt-fund investments, stay away from all funds which invest in long-term bonds. Stick to overnight, liquid, low-duration, ultra-short and short-duration funds only. In the long run, you will find that the returns from these fund categories are not very much lower than those for medium- or long-term debt funds.