Bajaj Auto
Bajaj Auto was founded by Jamnalal Bajaj in 1945. Its iconic scooter the 'Chetak' had a waiting period of more than 10 years. Today Bajaj Auto is a leader in automobile exports, contributing more than 50 per cent of India's motorcycle exports and 70 per cent of three wheeler exports. In the performance segment (150 to 220 cc), it commanded a market share of 45 per cent in FY17. 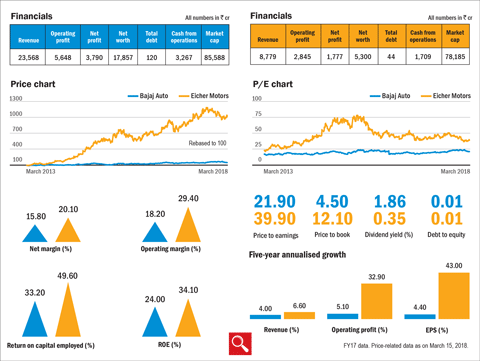 This story appeared in the April 2018 Issue of Wealth Insight.