Aster DM Healthcare: Information Analysis | Value Research https://www.valueresearchonline.com/stories/35151/aster-dm-healthcare-information-analysis/ Keep in mind the company's reliance on insurance companies for its revenues, among other things, before making any investment decision

Keep in mind the company's reliance on insurance companies for its revenues, among other things, before making any investment decision 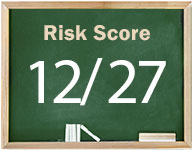 Aster DM Healthcare was founded and promoted by Dr Azad Moopen as a single doctor clinic in 1987. It is a leading healthcare provider with its 19 hospitals, 98 clinics and 206 retail pharmacies as on September 30, 2017. Hospitals accounts for 49 per cent of revenue, followed by clinics accounting for 26 per and retail pharmacies accounting for 25 per cent. Region-wise, Gulf countries contributed 81 percent to its revenues, while the Indian operations made up the remaining 19 per cent.

Concerns
Aster's operations in the UAE have been overly dependent on government authorities and formed 56 per cent of the total trade receivables outstanding (as on March 31, 2016).
In FY17, the company wrote off part of its receivables by entering into a one-time settlement with the authorities, which resulted in a Rs 180 crore loss. Over the past three years, it has made provisions on a part of receivables totalling Rs 502 crore. Though the company has reduced its reliance on government departments in FY17, this issue in recoverability of receivables has led to downgrading of its ratings of bank facilities. 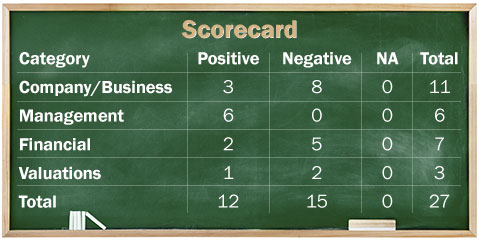 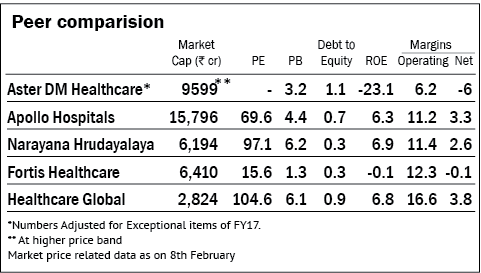 Company/Business
1. Are the company's earnings before tax more than Rs 50 crore in the last 12 months?
No, the company suffered a loss before tax of Rs 307 crore in FY17.

2. Will the company be able to scale up its business?
Yes, the government of Dubai has made health insurance compulsory, which will benefit the company as more customers would look for quality healthcare services. Also, the emergence of medical tourism to India will benefit the Indian healthcare industry as a whole, and the company plans to capture this opportunity by setting up hospitals here.

3. Does the company have recognisable brand/s truly valued by its customers?
No, since the company is mainly present in Arab and Gulf countries and has concentrated presence in southern India, its brand is not much visible elsewhere.

5. Does the company have a credible moat?
No, the company operates in a price-sensitive environment with many private and public players. Also, the various government incentives to set up a hospital leads to rising competition.

6. Is the company sufficiently robust to major regulatory or geopolitical risks?
No, the healthcare services form an essential part of government plans and to maintain its affordability, the government continuously regulates it. This involves scrutiny of private hospitals for improper practise on regular basis. Also, any adverse change in the employment of NRIs in Arab countries can affect its international operations adversely.

7. Is the business immune to easy replication by new players?
No, the company provides healthcare services which are dependent on a doctors' skill. It can be replicated by new players (doctors), but in the long run, brand and expertise play a crucial role.

8. Is the company's product able to withstand substitution or outdation risk?
No, the demand for healthcare services will always exist. The differentiating factor for hospitals will be in terms of their service, competence and the choices they provide to consumers.

9. Are the company's customers devoid of significant bargaining power?
No, the customers have a choice to go to cheaper hospitals or government clinics instead of Aster's hospital.

10. Are the company's suppliers devoid of significant bargaining power?
Yes, Aster is not dependent on a particular supplier for medical equipments, which leaves the suppliers with limited or no bargaining power.

14. Is the management trustworthy? Is it transparent in its disclosures, which are consistent with SEBI guidelines?
Yes. However in the past, SEBI and RBI have penalised its subsidiary Malabar Institute of Medical Sciences for non-compliance of laws related to issuance and allotment of equity shares and non-disclosure of transfer of shares.

15. Is the company free of litigation in court or with the regulator that casts doubts on the intention of the management?
Yes. However there are three cases related to non-maintenance of proper sales records for which the company has responded with confirmation of irregularities.

16. Is the company's accounting policy stable?
Yes However, in FY15, the auditor has qualified its opinion on some of its subsidiaries accounts for non-maintenance of proper accounting records. Also, some prior period expenses were debited from that year's income statement.

17. Is the company free of promoter pledging of its shares?
Yes, the promoter holding is not pledged.

22. Is the company free from reliance on huge working capital for its day to day affairs?
No, the dependence on insurance companies for customers and keeping inventories for its pharmacy stores will make the company invest in working capital all the time.

Stock/Valuation
25. Does the stock offer operating earnings yield of more than 8 per cent on its enterprise value?
No, the operating yield of the company is just 0.4 per cent on post-IPO fully diluted basis.

26. Is the stock's price-to-earnings less than its peers' median level?
No, for the six months ending September 2017 as well as FY17, the company had negative profits after taxes. Median PE of its peers stood at 83.3 on TTM basis.

27. Is the stock's price-to-book value less than its peers' average level?
Yes. its post-IPO fully diluted price-to-book stands at 3.2 times in comparison to its peers' median of 4.5 times.