The false truth | Value Research https://www.valueresearchonline.com/stories/34645/the-false-truth/ How many self-evident truths in economics turn out to be false when they are tested against data 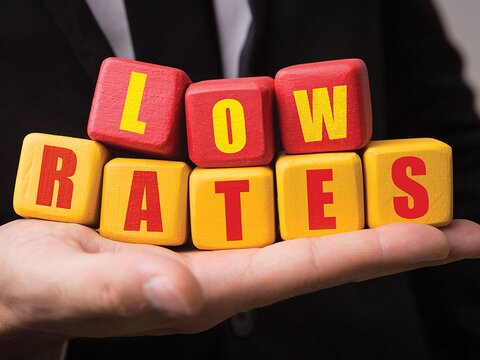 There are many things in life that we assume to be a self-evident truth. For close to two thousand years, the world believed that heavy objects fall faster in comparison to lighter ones. This was in direct proportion to their weight.

This misconception was corrected by Galileo Galilei, who lived in the sixteenth and seventeenth century in Italy. He is referred to as the father of modern science for his many contributions to subjects as diverse as physics, mathematics, philosophy and astrology.

As Geoffrey West writes regarding Galileo in Scale: The Universal Laws of Growth, Innovation and Sustainability in Organisms, Economies, Cities and Companies: "He is perhaps best known for his mythical experiments dropping objects of different sizes and compositions from the top of the Leaning Tower of Pisa to show that they all reached the ground at the same time. This intuitive observation contradicted the accepted Aristotelian dogma that heavy objects fall faster than lighter ones in direct proportion to their weight, a fundamental misconception that was universally believed for almost two thousand years before Galileo actually tested it. It is amazing in retrospect that until Galileo's investigations no one seems to have thought of, let alone bothered, testing this apparently "self-evident fact"

In fact, Galileo's experiment "revolutionised our fundamental understanding of motion and dynamics and paved the way for Newton to propose his famous laws of motion." Galileo had a difficult life and had to pay a huge price for his interest in science and challenging self-evident truths.
As West writes, "At the age of sixty-nine and in poor health, he was brought before the Inquisition and found guilty of heresy...After a brief imprisonment [he] spent the rest of his life under house arrests (nine more years during which he went blind). His books were banned and put on Vatican's infamous Index Librorum. It wasn't until 1835, more than two hundred years later, that his works were finally dropped from the Index, and until 1992--almost four hundred years later--and for Pope John Paul II to publicly express regret for how Galileo had been treated."

Dear reader, you must be wondering why we are talking about Galileo, nearly 400 years after his time. Galileo basically paid the price for challenging a self-evident truth. One as we saw was the idea that heavier objects fell faster. The other more important self-evident truth of that time that Galileo challenged and had to pay a price was that the "earth was at the centre of the universe and the planets rotated around it." This is something that he refused to believe and ended up having a run in with the religious authorities. And of course he was right about it.

The point I am trying to make here is that every era has its share of self-evident truths. These are things that go totally unchallenged because they sound extremely believable. One such self-evident truth in the era that we live in is that lower interest rates lead to higher borrowing and faster economic growth.

This is a point that keeps getting made over and over again in different forms by business lobbies, real-estate lobbies, politicians and economists. Everybody wants lower interest rates. Nevertheless, is this self-evident truth as self-evident as it sounds? Does data bear it out?
Let's take a look at the situation between November 2016 when demonetisation was carried out and July 2017, the latest month for which banking data are available, as I write this. Due to demonetisation, the total deposits of scheduled commercial banks went up by 6.4 per cent between the end of October 2016 and the end of December 2016. If we were to annualise this rate, it would come in at a whopping 38.4 per cent. In fact, if we look at 2015, during the year, the deposits of banks went up by 8.62 per cent.

This humongous increase in deposits between October 2016 and December 2016 sent interest rates crashing. Lower interest rates are now being offered as one of the benefits of demonetisation. Between November 2016 and July 2017, the total non-food lending by banks has stood at Rs 2,75,690 crore. This is 19.7 per cent lower than the non-food lending carried out by banks between November 2015 and July 2016. During this period, the lending had stood at Rs 3,43,013 crore.

This is despite the fact that interest rates are now lower than they were in the past before demonetisation.

How do things look on the retail lending (i.e., home loans, personal loans, credit-card outstanding, vehicle loans, loans against securities, etc.) front? Between November 2016 and July 2017, the total retail lending by banks stood at Rs 1,61,602 crore. This is slightly lower than the Rs 1,62,391 crore lent by banks between November 2015 and July 2016.

The data here challenge the self-evident truth about lower interest rates leading to higher borrowing and spending and in the process leading to faster economic growth. The broader point is that people and companies do not just borrow because the interest rates are lower now than in the past; they also look at their capability to repay loans. That is the most important factor. And the data clearly show that the capability to repay loans has come down after demonetisation.

At the same time, the total profit after tax of the companies that constitute the Nifty 50 Index are at a nine-quarter low. Hence, the stock market is clearly rallying because of all the money coming into it, but the earnings of companies haven't been able to play catch up.

To conclude, many self-evident truths in economics do not stand up once they are put through some data. And that is something worth thinking about.