Opening Pandora's box? | Value Research https://www.valueresearchonline.com/stories/34261/opening-pandora-s-box/ A universal basic income can improve the efficiency of disbursals. But it can also let the genie out of the bottle A universal basic income can improve the efficiency of disbursals. But it can also let the genie out of the bottle 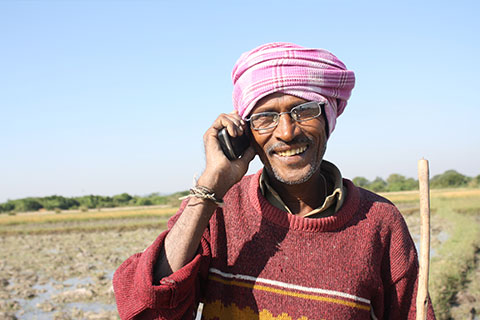 If you had the opportunity to redesign our world, what is the most important thing you would change? Freakonomics.com, a website devoted to examining socio-economic issues that are off the standard beat, asked this question to a few economists.

A suggestion that attracted considerable debate was that of universal basic income (UBI). At its core is the idea that if everyone had enough to survive without having to work for it, would it lead people to have more meaningful lives?

The Economic Survey of 2017 examined such an idea for India. India's working-age population increases at the rate of a million a month, but there are not enough jobs. United Nations Development Programme reports that India added only 140 million jobs between 1991 and 2013 against an increase in the working-age population of 300 million. This clearly leads to social issues, one of which is high pressure on land, farming being the default option for many of the unemployed. One of the many ways this manifests is in the form of farmer unrest.

What UBI means for India
With a population of about 1.3 billion and about 40 per cent below the age of 18, we need to provide income to about 800 million adults. For a moment, let's take Rs 50,000 per adult per year as the payment that we target. I consider Rs 50,000 as a meaningful number that would allow an adult to sustain a reasonable standard of living. This translates into Rs 40 trillion per year. The total government expenditure of the central government is about Rs 21 trillion, about half the amount required. Putting together state-government expenditure will barely bridge half the remaining gap. Overall, we cannot afford a 'high' basic income to all adults.

The Economic Survey used poverty line as the basic income desired. The survey estimates the poverty line at Rs 7,620 per year per head for year 2017. At that level or marginally higher, the estimated expense would be roughly 5 per cent of GDP. The Survey also points out that centrally sponsored schemes actually make up more than 5 per cent of GDP.

We could, in theory, replace many of the schemes of the government and simply pass on the benefits to citizens as a direct-income credit. This has a major benefit of increasing payout reaching the end beneficiary. Importantly, poverty line is defined on the basis of money required to pay for nutrition and does not include other living expenses, medical and education among them. Consequently, removal of the Public Distribution System will increase food costs, MGNREGA removal will reduce wages and taking away the mid-day meal will have deleterious impact on education outcome and health.

Without significant restructuring of government expenditure, adding UBI will be an unbearable burden on the country, one that can prove unsustainable. But can we take a more restrictive spread? What about offering basic income to farmers only? Could basic-income guarantee to farmers ensure that the cycle of indebtedness and farm waivers that the country deals with would go away?

How many 'farmers'?
Estimating the number of farmers in India is no easy task. Farmers include farm owners as well as those who work on farms of other people. Some data reflect those working in related fields like fisheries, etc. However, if we use the classification of the Registrar General of India and the census figures, we realise that while the percentage of population engaged in agriculture is reducing, the absolute numbers are going up (see Table 1). This is perhaps also a reflection of a lack of alternate opportunities.

Assume that everyone engaged in agriculture is to be supported. With 270 million individuals, payout at Rs 7,620 amounts to approximately Rs 2 trillion. MGNREGA expenditure in FY17 totalled 0.58 trillion - about 30 per cent of estimated payout.

Some rejig of other expenses (for example, increased taxes on petro products when input prices have fallen have increased revenues by an estimated Rs 0.5 trillion) and reduction in administrative costs consequent to direct transfer to user accounts can bring this figure within reach.

Politics of economics
The Economic Survey points out that UBI needs to increase with time to compensate for inflation. It suggests a linkage as a percentage of GDP. This means a steady increase in expenditure. Once introduced, UBI cannot be removed; no political party would have the political capital to take it away. Consequently, to ensure that a profligate government does not stretch government finances beyond the breaking point would need legislative or constitutional safeguards. Already the left parties demand that no existing support be cut while introducing UBI, clearly leaving unanswered the question of where the money is going to come from. A clear threat to agri-targeted UBI would be the urban poor, who are likely to demand similar benefits.

Farm stress and demand for loan waivers are gathering pace. Job creation remains weak in other sectors. Putting more pressure on land to increase productivity is not a sensible choice - it increases input costs while reducing output prices - further increasing distress. In fact, focus should be on frugal use of inputs so that whatever output is produced is at a lower break-even price.

Farm incomes can be supplemented by UBI, helping people to explore the possibility of moving away from farming to other activities. Despite many moral and social issues, it's time for India to examine this option in detail.