The returns are real, so is the risk | Value Research https://www.valueresearchonline.com/stories/34240/the-returns-are-real-so-is-the-risk/ Don't make future projections based on mutual funds' best years

The returns are real, so is the risk 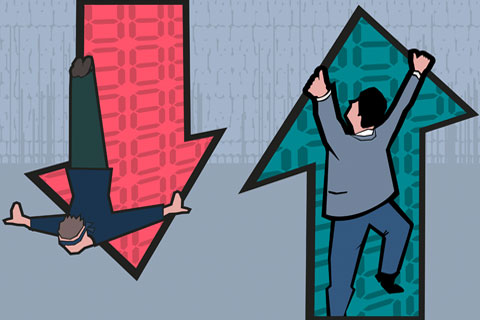 There's an old acquaintance of mine who is eager to invest about Rs 7 crore in mutual funds. This is long-term money that he won't redeem for decades. However, I'm trying to stop him. There's another old friend who'd ready with about four crore worth of investment but I fervently hope he changes his mind.

Why am I doing this? After shouting myself hoarse for years about how great mutual fund investing is, specially for committed long-term investors, why would I advise friends against mutual fund investing? Simple reason--these particular investors are trying to invest into funds with unrealistically high expectations and are planning to make large changes in their personal financial structure based on those bloated projections.

Worse, they are not unique. Currently, we are at an unusual point of time. There is a unusual combination of a long, moribund period at the end of which the markets have zoomed. This time is tailor-made for such misunderstanding. A lot of people have gained unrealistic ideas of what returns they can expect from mutual funds.

I'll tell you some details of the first case. He's a businessman, fairly old, who wants to sell a house in which he lives in a joint family. This will realise about Rs 7 crore. He intends to invest this money in mutual funds and earn about Rs 1.25 crore a year out of it. This income will be large enough to rent several apartments as well as comfortably pay the living expenses of the entire family. Sounds like a great plan, I told him, except how did he come upon Rs 1.25 crore as the expected income from Rs 7 crore? His friend had done it, he said and he had seen the actual evidence, the account statements. That was proof.

His friend had invested Rs 5 crore in some mutual funds three years ago and this sum has now become more than Rs 8 crore. The maths seems clear. To him, this is positive, undeniable proof that he will be able to earn Rs 1.25 crore a year from his investment. Of course, it's nothing of the sort. His assumptions are utterly wrong and thus dangerous. The problem is that they are superficially correct. The returns from July 2014 to July 2017 are such that its easy to get misguided. Three years looks like a long enough period over which to derive a trend. However, it's not.

The problem is that because the past half-decade has seen an explosion in the number of mutual fund investors, there are a lot of people who would be ready to make such projections. There are many, many things wrong with such assumptions. First and foremost, the line that every mutual fund investor hears or reads 'Mutual Funds are subject to market risk', is not their just for the sake of form. It really is true. A typical high performing equity fund would have returns of around 40%+ in 2014, about flat in 2015 and 2016, and then about 20%+ in 2017 so far. When you see a single figure representing this period, (or someone shows you an account statement with just the initial investment and the final value) that's a total gain of 75%. Annualised, it's about 17%. It looks magical, and make no mistake--it is magical. However, the volatility is just as much part of it as the returns.

Obviously, I'm not trying to unsell the idea of mutual fund investing, heaven forbid. However, making unrealistic assumptions based on episodic or anecdotal returns data is not a great way of investing in any type of asset.