Adjusting to GST | Value Research https://www.valueresearchonline.com/stories/34220/adjusting-to-gst/ The impending formalisation in the Indian economy will be expedited with the coming of goods-and-services tax 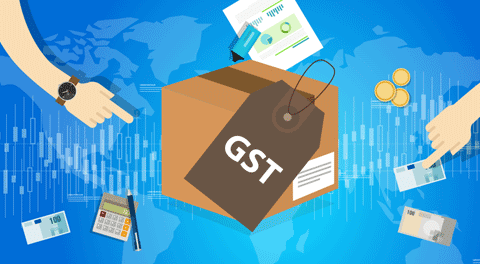 "Over the next few years, the West will slowly turn back on immigration, outsourcing and economic integration. This will have major consequences for everybody in the world. India will have to focus on its own domestic market and not on exports. Automation and Chinese overcapacity will hit manufacturing, and growth will come in services. Employment and entrepreneurship will happen through platforms that aggregate farmers, retailers, truckers and vendors. This will result in the formalisation of the economy in a big way as finally the benefit of being in the system, thanks to affordable and reliable credit, will be higher than staying out."
- Nandan Nilekani, 'An Alternate View of the Future' (June 2016)

"Networking inherently implies equality. Everyone, rich and poor, is plugged into the same electric, water, sewer, gas and telephone network. The poor may only be able to hook up years after the rich, but eventually they receive the same access."
- Robert J Gordon, 'The Rise and Fall of American Growth' (2016)

Small/informal businesses flourish in an underdeveloped economy, where, due to the lack of availability of electricity, good roads, reliable communication networks and affordable credit, businesses can operate only a small scale and that too within the confines of their immediate locality. However, as the quote shown above from Robert Gordon suggests, the installation of 'networks' - rail, electric, water, gas and telephone - in America between 1840 and 1920 rapidly formalised that economy.

Before the arrival of networks, Americans used to eat whatever they could procure locally. This meant that during winter months, when fruit and vegetables were hard to get due to the ground being frozen, Americans would largely subsist on meat and eggs. By 1870, the American rail network was already fairly extensive and this created a booming trade in fresh produce. Between 1880 to 1929, America's per capita annual consumption of fruit rose from 80 pounds to 194 pounds. As refrigerated freight cars made a variety of processed foods affordable for Americans, the America of the 1870s and the 1880s saw the rise of its first large FMCG companies - General Mills and Pillsbury for flour, HJ Heinz for canned vegetable and condiments, and Coca Cola (created in 1886), Campbell's Soups and Quaker Oats are some of the more famous names in an era when FMCG became big in America (even before the arrival of the motor car).

With the rise of these FMCG companies, the local grocer - who had hitherto been the monopoly supplier of foodstuffs in his neighbourhood - found himself under threat. Customers now expected pre-set prices (rather than having to haggle) and that too for a wide range of products (from brooms to baskets to food and wine from all parts of the country). Furthermore, as early as the 1880s, customers expected the products to be attractively displayed under one roof. Thus began the rise of the American department store. A&P was founded in 1859; the Great Atlantic and Pacific Tea Company, in 1869; Grand Union, in 1872; and Kroger, in 1882. By 1930, the leading national chain stores had 30,000 outlets (half of which were A&P) and the local grocer was history.

As Robert Gordon explains in his epic book The Rise and Fall of American Growth, an even more dramatic 'formalisation' took place in the clothes sector. Until 1870, except for upper-class women who could afford to hire a dressmaker or buy designer clothes, most women made their own clothes and most of their husbands' and children's clothes. Obviously, this was extremely time consuming and thus per-capita spend on clothing was only $11 in 1869 (around 10 per cent of a customer's total annual spend). Then with the rise of the rail network came the mail-order catalogues - Montgomery Ward started in 1872 and Richard Sears and Alvah Roebuck started their catalogues in 1894. With 'your money back with no questions asked' promise, mail-order catalogues transformed shopping, especially for rural women.

The catalogues offered low prices and (even by today's standards) huge variety - the 1902 Sears catalogue contained 1,162 pages (from hats, wigs, coats, corsets, cycles, guns, nails, hammers and even central heating furnaces). By then Sears was fulfilling 1,00,000 orders a day. (Interestingly, at present, the entire e-commerce industry in India fulfils around 8,50,000 orders per day.) The success of the catalogues owed a lot to another network - the US Post Office's Rural Free Delivery scheme, which began in the 1890s. Sears' success with catalogues led it to become a retailer in 1925 and modern retail was well and truly entrenched by the time the Great Depression arrived in 1929. The per-capita spending on clothing grew from $11 in 1869 to $30.50 in 1929.

Formalisation is inevitable in India (regardless of the impact of GST)
As with America after the Civil War, India has over the past decade seen the rapid installation of networks, especially with regards to roads, communication networks and availability of credit. Regardless of the impact of GST, these three forces are already triggering the formalisation of the Indian economy.

The parallels between the mail-order catalogues in America and Amazon and Flipkart in contemporary India are obvious (with 4G playing the role of 'Rural Free Delivery'). The advent of e-commerce in India from CY10 has meant that the improvement in access to end-markets for SMEs in India has improved inorganically.

GST will work in sync with the formalisation drivers given above. For example, as companies gradually build up their GST files (in the process of paying GST for every single transaction), lenders will start demanding that prospective borrowers show them their GST file so that lending decisions can be taken on the basis of borrowers' revenues and costs (as per the GST file). As a result, companies which cannot furnish such a file (because their transactions are in black) will face a much higher cost of borrowing. Furthermore, such companies will find it harder to operate across multiple states. Their competitors - which are operating in the formal economy - will be able to take advantage of low-cost capital, the online economy, modern transport networks and highly automated plants to spread their wings across the Indian economy. This process would have happened without GST and the allied crackdown on black money. However, it seems certain that GST and the black-money squeeze will hasten the process of formalisation and drive consolidation in the Indian economy. This will give market-leading players cause for celebration, even as millions of small companies in the informal sector are driven out of business.

Investment implications
GST and the other networks highlighted above are transforming India beyond recognition (just as happened in America in the half a century leading up to the Great Depression and in Japan over 1920-70). However, the losers in this 'revolution' will far outnumber
the winners.

Eighty-eight per cent of Indian factories have less than 100 workers. Some of these SMEs will become suppliers or sub-contractors to larger organised companies (who will be the big winners from formalisation) but most of these SMEs will die like the local grocer who disappeared in America.

Not just the poor in India but also many SME owners have hazy property rights because they have bought property/land using black money (and therefore purchased the property in somebody else's name). As the PM goes after benami property and as the real-estate regulator cracks down on the sector, there is a high chance that SME owners will find that their property is no longer theirs.

Bulls who believe that the 'jugaad' of the Indian entrepreneur will bail him out have to contend with the persistence of red tape which continues to suffocate the SME owner. For example, in Bangladesh, the monthly minimum wage is around Rs 5,000 (with no perks). In contrast, in Maharashtra, the monthly minimum wage is Rs 10,000 (with another 40 per cent being added for social security, insurance, etc). As a result, the Indian SME in capital-light, labour-intensive sectors, like textiles, sports goods and leather products, face an uphill battle to be competitive, especially once they are forced to pay GST.