Investing culture spreading far and wide | Value Research https://www.valueresearchonline.com/stories/34157/investing-culture-spreading-far-and-wide/ SEBI's incentives have spread mutual funds to small places, but it may be time to rationalise the cost SEBI's incentives have spread mutual funds to small places, but it may be time to rationalise the cost 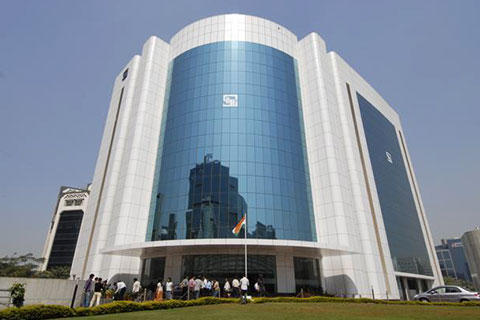 It's a well-worn cliche that there are two Indias--rural and urban--and one of them often gets called the 'real India', even though both seem pretty real to me. In the realm of personal finance too, there are two Indias, although the dividing line is a different one. People living in the largest handful of cities--perhaps around the top ten to fifteen--save and invest quite differently from the rest of the country. They use financial assets more, and their financial assets are not limited to bank or post office deposits.

Till a few years ago, almost all the mutual fund investment in India would come from these places. The fund industry was comfortable with this, as expanding to smaller cities is an expensive business, with less to show for it compared to making the same effort in the bigger cities. The potential for democratisation of market-based investments that mutual funds held was getting fulfilled only in the big cities. Then, in 2012, the mutual funds regulator SEBI brought in a change in the basic structure of how mutual funds charge customers for their services. Former SEBI Chairman UK Sinha had championed the move at a time when expansion of mutual fund investments among small investors had stalled. These changes was designed to incentivise the expansion into cities and towns outside the top 15.

Now, five years down the line, the impact of this regulatory change is clearly visible. In September 2012, when the new rule got off the ground, 13% of the money invested in India's mutual funds came from outside the largest 15 cities. Now, this figure is 17%. As a proportion, that sounds like modest growth, but given the stupendous rise in the total investments in mutual funds, it's actually massive. At the end of 2012, there were Rs 7.9 lakh crore invested in mutual funds. Now, this has grown 2.8 times to Rs 19.9 lakh crore.

It means that during this period, the amount of money invested in mutual funds from outside the 15 largest cities has grown from a modest Rs 92,000 crore to Rs 3.4 lakh crore. Clearly, the long needed democratisation of markets-based investing is well on its way. However, even this is only part of the story. To understand the scale of the revolution that is under way, one has to look at the type of funds that people are investing in. As it happens, there are two distinct types of mutual fund investors in India, corporates and individuals. Corporates use debt mutual funds almost exclusively to park excess money for short periods, while individuals use them almost exclusively for long term investments in equity-based and equity-debt hybrid funds.

In the top 15 cities, 60% of the money is invested in debt mutual funds while in smaller places, this is 32%. Correspondingly, equity funds account for 34% of the big city money but 62% of the small city money. Thus it turns out that as far as individuals go, the smaller cities account for not 17%, but 24% of the total size of mutual fund investments in India. That's wonderful news. A careful look at a data analysis by CAMS, which is the registrar for a large proportion of Indian funds, turns up some even more interesting facts. In the larger cities, some 12% of the money comes from small, independent financial advisors, while in the smaller places, this number is 36%. In the large cities, private banks have 10x the share that PSU banks have while in smaller places they have only 1.5x the share. In the larger cities, 46% of the money flows directly from the investor to the fund company, without any intermediary. In the smaller cities, this number is just 17%.

These are huge differences. However, they are all a reflection of the fact that the smaller places are almost exclusively individual retail investors. And that's the best part of this whole process. It shows real expansion and democratisation of mutual funds that happened because of an innovative regulatory change that incentivised appropriate behaviour by market participants.

However, there is a cost to all this. As I've mentioned earlier, there was a context to these incentives and that context has shifted. The incentives come in the form of higher expenses that are charged to mutual fund investors if the smaller-city targets are met. However, this incentive cannot be seen as a permanent right to charge more money. Therefore, it's incumbent upon SEBI to keep an eye on how much incentive is getting how much benefit. Perhaps the top 15 list can be expanded under some specific new norms which lead to automatic promotion of cities into that list. There could also be a creation of a third tier to ensure that there is genuine downward spread.

Whatever is done, it's time to finetune the regulations based on the experience so that the cost-benefit balance stays within a reasonable range.