India's real estate is still a crime scene | Value Research https://www.valueresearchonline.com/stories/34116/india-s-real-estate-is-still-a-crime-scene/ Lakhs of Indians who have paid for a house are not going to get it unless governments act 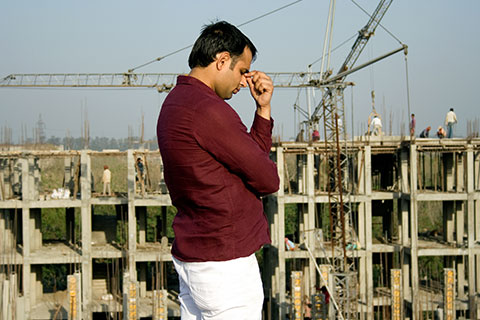 In early 2016, I had written a column in these pages which started with the sentence, "India's real estate business should be seen not as an industry in crisis, but as a crime scene." In the 18 months since then, we have seen the passage of the real estate regulation bill in the centre, followed by the passage of the corresponding bills in a number of states. Even though the new regulations should prevent fresh recurrence of the worst problems of the past, the law--as it stands today--cannot tackle past problems. India's real estate industry remains a crime scene.

At that time, I had estimated conservatively that something like Rs 3.5 lakh crore of house buyers' money was stuck in unfinished (in many case, unstarted!) projects. This sum would now actually be higher. That's because since that time, there has been practically no progress in reviving such projects. However, those buyers who have bank loans are still, by and large, paying their EMIs. They can't help paying because the liability is their's and if they stop paying, it's their creditworthiness that will suffer.

In terms of size, this crisis rivals the bank NPA crisis and is actually also an NPA crisis. The difference is that the routing of the money is such that it doesn't look like an NPA. House buyers are liable for the bank loans but they've passed on the money to the developers. The developers are not delivering anything so the 'non-performing asset' is actually the non-existent asset that the buyers is waiting for! In the case of corporate NPAs, the banks and the newly-empowered RBI will tackle the problem one way or another. But in this case, the house buyer is unable to extract anything from the developers.

Unlike corporate NPAs, this is a problem that is distributed across thousands of developers and lakhs of buyers. That makes it less visible, and yet less amenable to a single, centralised solution, specially because real estate regulation is a matter for states. Till now, each state is doing little except kicking the can down the road. The real estate industry is pitching a completely mythical story of having been victim of circumstance and bad economic conditions. In reality, most of them were running a ponzi scheme of collecting money for one project and using it for starting the next one. At some point it had to end.

So what now? Moving forward will take a multi-faceted approach from state governments. There are projects stuck at all stages of completion from almost zero percent to above 90 per cent. Each one is a different story which broadly fits the pattern of the builder having frittered away buyers' funds and now unable to finish the work. They generally owe money to the local authorities, suppliers, labour contractors and other entities. Often, buyers could pay for completion but won't because they don't--justifiably--trust the builders.

What we need is a legal route to cleanly and quickly taking over projects, putting them under some sort of an administration, and finishing them expeditiously. If this needs a special law, then that should be done, if it can be done by amending and extending the new bankruptcy law then that could be a route. In any case, the central and state governments should realise that this is a special problem and may need the creation of special legal provisions.

However, that still leaves the problem of those projects that are outright criminal embezzlement. A week ago, the Chief Minister of Uttar Pradesh issued a public statement about what he said were 1.5 lakh unfinished apartments in Noida. He said his government had been in talks with builders to restart the projects and 'regain the faith of buyers'. However, if there was nothing positive from builders, then the government would take strict action.

This actually sums up the kind of approach that state governments should take. There are a certain proportion of projects where the money is just gone and there is nothing to show for it. However, it is always likely that when the developers responsible for such projects start getting locked up, then they will remember where the money has gone. The stick is just as important as the carrot.