Inflation and Real Estate | Value Research https://www.valueresearchonline.com/stories/34083/inflation-and-real-estate/ Historically low inflation is all very well but housing prices are a serious spoiler in the inflation rates that people actually face in their lives 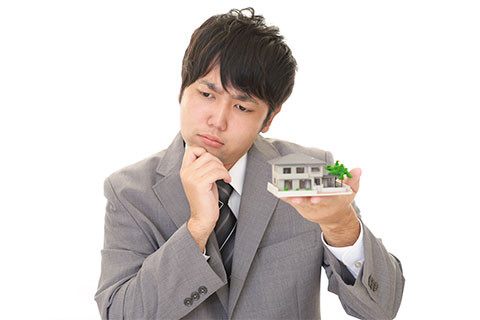 Consumer inflation is down to a historic low of 1.99 per cent. Why it's this low, whether it will stay this low and other deep matters are being discussed by a large number of wise people. However, to anyone who is concerned with saving and investing, it's significant that for the first time in ages, there is a huge gap between the rate of interest that you earn on fixed income investments and the inflation rate. For some type of deposits, this low inflation rate means that the real rate of return is around 6 per cent p.a. That's three to four times the minimum level that was once defined by Raghuram Rajan, and likely one of the highest in the world.

Well, sort of. As far as the saver is concerned, this enormous real rate is just a flash in the pan. It will disappear as suddenly as it has appeared. And in any case, for the individual, the reality of this real rate is more than a little suspect.

There are a number of reasons for this. Firstly, the inflation rate itself is seen by many as transient noise in the long-term trend. It could partly be an artifact of demonetisation and a pre-GST over-adjustment by businesses. Secondly, interest rates will surely follow inflation rates before long. The Reserve Bank is now being widely criticised for holding interest rates too high. The price in economic growth that is being paid for low inflation may be too high.

A lowering of interest rates looks likelier than it ever has in the recent past. When that happens (one can hardly say if), there will obviously be a positive impact on all those entities whose finances are dominated by borrowing. The biggest is obviously governments, both central and state, who will reap a huge benefit from any rate cuts. So will a lot of corporates, even though the worse-off borrowers are too far gone for lower rates being a kiss of life. Many who are still not over the edge could be rescued by a reduction of the interest they are paying on their borrowings.

Which is all fine as far as governments and businesses go. However, as far as the impact on individuals goes, a lot of us will see more negatives than positives. Mind you, I'm not disputing the large long-term benefits of becoming a low(er) inflation economy, but the sharp lowering of returns from deposits and other fixed income investments will squeeze a lot of people in the meantime.

However, for many people, a far greater disaster lies in the enormous inflation in the price of housing, which does not get captured in the inflation rate. In the current consumer price index, housing has a weight of 21.67 per cent. While this may be fine as an average, the nature of housing expense makes it particularly misleading. Most people want to buy one house at some point in their lives. If they do, they spend a large part of their past and future savings on this. Typically, they would put in a big chunk of past savings as down payment, and then take a large loan. Given what housing prices are like, I observe salary earners dedicate 40-50 per cent of household earnings for a decade or more to repaying these loans. When you add the past savings that have been poured into the purchase (and this is a point that is almost always missed), then this percentage is effectively much higher. That 21.67 per cent may not be an inaccurate average, but the shape of the underlying reality is such that it's not a useful average.

Whenever there's news of any interest rate drop, TV and newspaper dutifully refer to lower EMIs. That's not wrong, but it's of low relevance compared to the increase in housing prices that we have seen. Compared to twenty years ago, the housing loan interest rate has halved but house prices are five to ten times. They may have stagnated for some time but they haven't really dropped.

One of the main driving forces behind real estate prices is of course black money. This was demonstrated clearly by the impact that demonetisation has had on cash real estate deals. As GST's downstream impact on cash businesses gathers steam, we will very likely see a either a decline or a long stagnation in real estate prices. This is already under way, despite the best efforts of the real estate industry to pretend otherwise. However, it's too little and too slow.

If the dream of a low inflation economy is to find reality, then that inflation can't just be limited to the official CPI index with its standard weights. A reasonably priced house must be available to anyone who wants it.