Do you need to tone down your expectations? | Value Research https://www.valueresearchonline.com/stories/34075/do-you-need-to-tone-down-your-expectations/ With the help of examples, Aarati Krishnan illustrates what sort of returns you can expect by investing at a time like now

Do you need to tone down your expectations? With the help of examples, Aarati Krishnan illustrates what sort of returns you can expect by investing at a time like now 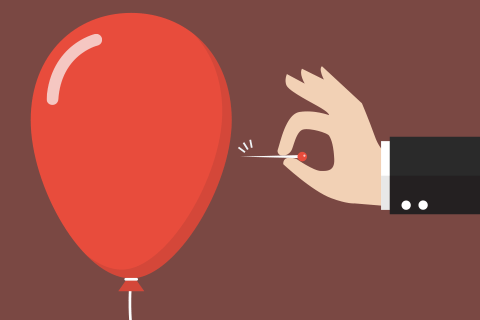 Time in the stock market matters more than timing the market. Have you heard this piece of investing wisdom? Well, let's admit it that it isn't true. Consider the returns for unlucky investor A who committed Rs 1 lakh to the BSE Sensex on February 11, 2000, the high point of the dot-com euphoria. He has seen his portfolio value grow to just Rs 5.25 lakh by May 30, 2017, after a more than 17-year wait. But investor B who made a slightly later start and was fortunate enough to invest on September 21, 2001 would have seen his portfolio multiply to Rs 11.9 lakh. That's because the Sensex at investor B's starting point was at 2,600, less than half the level (6,000 points) at which the early-bird investor A got in.

The above illustration shows the importance of timing in dramatic light because it captures the difference in returns between investments made at market extremes. But it drives home the point that investing at a market high reduces your chances of getting to that 15 per cent CAGR, even if you hold on for a long period.
From January 8, 2008 - the height of the previous bull market peak and now - the Nifty 50 has delivered just a 4.63 per cent CAGR and the BSE Sensex has managed just 4.36 per cent. That barely tops a savings-bank- account return, despite a nine-year holding period.

If you flashback to the dot-com era, investors who entered in that frothy market have fared better. For those invested on February 11, 2000, the Nifty 50 has delivered a 10.33 per cent CAGR till date. Large-cap funds have earned 12.89 per cent; mid-cap funds, a healthy 16.3 per cent; and multi-cap funds, 14.53 per cent. But we must remember that these investors have had an extremely long 17-year period to bounce back from their initial losses.

There are interesting conclusions from this peak-to-now returns data. The most obvious one - that you must avoid investing at peaks - is impractical. Bull market peaks are always evident only in hindsight.

And if you are tempted to hit the eject button every time the market makes a new life high, you may never get within touching distance of your financial goals.
For instance, after peaking at 6,150 levels in February 2000 and crashing due to the dot-com meltdown, the Sensex again clawed back to a lifetime-high of 6,200 points in early January 2004. But investors who exited equities in a panic in early 2004, because it was a new life high, would have missed out on the biggest bull market of the last decade. Spiralling steadily higher from 6,200 levels, the Sensex broke many records for the next four years, until it finally peaked out at over 21,000 in January 2008!

Therefore, if you're investing at a market high, there are two actions you can take instead. One, if you're investing a lump sum, tone down your return expectations to adjust for your high starting point. Today, even if your goal is five or ten years away, you may be better off factoring a 10 per cent CAGR from equity funds into your financial plans, rather than a 15 or 20 per cent CAGR. If you're lucky and your funds deliver much more, you'll have the flexibility to cash out early. That's much better than falling short of your goal after assuming an unrealistically high return.

Two, if you're investing at a new high, be aware that your portfolio may or may not deliver any returns within a three- or five-year time frame. Budget for the fact that you may have to stretch your holding period by two or three years in the final leg of your holding period to earn the expected return. Accordingly, build a buffer into your financial plans while working towards a goal. For instance, if you're 50 years old and planning for a retirement corpus by 60, build the flexibility to cash out of your equity portfolio at any time between 60 and 63. You can do this by allocating some money to fixed-income investments to tide you over this buffer period. Big bear markets in India have seldom stretched on for more than two years at a time. Therefore, even an additional holding period of three years can buy your portfolio enough time to ride a market rebound.