Passing the baton | Value Research https://www.valueresearchonline.com/stories/34016/passing-the-baton/ Why India's family-owned businesses will have a tough time with succession planning and what investors should watch out for 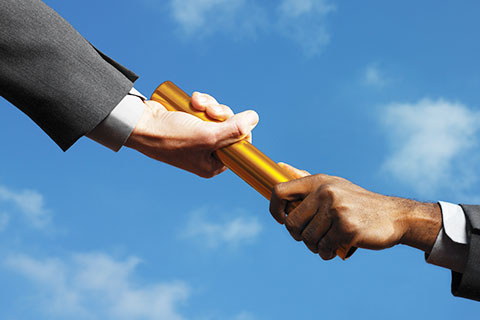 During the Second World War, a Dutch school teacher, called Wytze Keunning, wrote a remarkably vivid biography of Emperor Ashoka. As history buffs would know, Ashoka's father, Bindusara, never managed to muster the courage to anoint his most capable son - a man who would go on to become India's most influential emperor - as his heir apparent in spite of knowing that Ashoka's elder brother, Sumana, was an alcoholic philanderer with no demonstrated ability for original thought. In contrast, Ashoka had established through conquests in Taxila and Ujjain a track record of stable administration and healthy fiscal surpluses (thanks to a Modi-like crackdown on tax evasion). Part of Bindusara's hesitation in anointing Ashoka arose from fear of parricide - the four Maurya kings prior to Bindusara had killed their fathers in their keenness to grab the throne. The result: upon Bindusara's death in 272 BC, Ashoka murdered all but one of his 99 brothers and became the ruler of the largest empire India has ever seen.

Ashoka's difficulty in landing the top job is obviously not unique to him. After all, India's two greatest epics the Mahabharata and the Ramayana are also about succession battles for wealth, women and power. We are seeing similar struggles in various Indian boardrooms. Sibling rivalry, father vs son struggles and aging promoters/chairmen reluctant to give up power (even after officially stepping down) are increasingly the norm in successful Indian companies.

Whilst such businesses have outperformed the BSE 200 over the last ten years by 3 percentage points per annum, FOBs are clearly more prone to disputes than professionally managed companies. This is due to the following reasons:
Exponential multiplication of promoters: If two friends or brothers start a business, then within 20 years, they are likely to have four people vying to run the business (assuming that each brother has two children). Around this time, the business might be reaching full bloom. Paradoxically, the more successful the business is, the more bitterly contested the succession will be amongst the four second-generation promoter family members.

The first flush of post-1991 entrepreneurs is nearing retirement: An entrepreneur who was 35 years old in 1991 and began his business in the first flush of liberalisation will be approaching retirement age now. Over the next five to ten years, it would be time for him to step aside. Moreover, an entrepreneur of the 1991 era will increasingly find that due to the changing structure of the Indian economy (less crony capitalism, more competition) and the technological changes afoot, his knowledge and experience (of navigating through a very different India) is increasingly outdated.

The tricky transition to the next gen: By definition, almost in any FOB, there are two scenarios: one where the next gen is interested in running the family business and one where it isn't. In the second scenario, the solution is relatively easy - the promoter should bring in professionals to run the show and put his stake in the business in a family-owned trust (with the children as the beneficiaries of the trust). The former scenario is trickier. If the children want to join the business, then: (a) are they capable of running the business and (b) can they do so without fighting amongst themselves? Repeatedly, in successful Indian FOBs, this transition to the second gen is proving to be a turning point in the firm's fortunes.

The reluctance of top professional talent to join FOBs: With most FOBs being one-man or one-family dominated firms, top-quality professionals have historically shied away from joining such firms. In their 2015 book Indian Family Business Mantras, Peter Leach and Tatwamasi Dixit write, "Business professionals think twice before joining a family-owned firm because career expectations often terminate one rung from the top of the ladder, above which positions are reserved for family members." To make things worse, promoters of FOBs often feel threatened by talented CEOs, given the loss of turf and loss of power involved in handing over the running of a business built from scratch to a stranger outside the family.

So what should investors do?
FOBs have various succession models available to them. The three that I have seen used with a degree of success are:
1. The promoter hands over leadership of the firm to a professional.
2. The promoter family works as a managing agency.
3. The promoter grooms the next generation without disrupting leadership.
What investors have to figure out (especially in successful Indian companies where the promoter is aged 60 and above) is which of the above choices the promoter will take and how able he/she will be to execute this tricky transition. Here is my checklist of what investors need to look for in such firms:

How pressing and how tricky is the succession issue?
You need to ask the promoter how much longer he wants to run the show and whether he has created a clear succession plan. In light of recent experiences at prominent companies, you need to establish whether the promoter is of the sort of person who will cling on to power even after retiring.

What is the family's track record at succession planning?
Does the annual report clearly mention a succession plan? Have board meetings been held to discuss the issue? A separate dimension to focus on is how many strands are there in the promoter family and how many potential successors they have. Secondly, how these promoters have a beneficial interest in the listed company - through direct share ownership or through a family-holding vehicle with cross holdings. Thirdly, on the basis of publicly available data, are there visible splits/ongoing litigation amongst family members already eating into the promoters' bandwidth?

Conclusion
Whilst the issue of succession planning will rear its head in dozens of highly rated companies over the next few years, a minority of FOBs will deal with this issue better than others. These firms are likely to have less-complicated family trees (i.e., with fewer strands), promoters who are focused on retiring and walking away from the company, successors who are already working inside the business in middle-management roles, high-quality professionals (who are incented and motivated in boardroom roles) and a board which is aware of a clearly demarcated succession plan. Bindusara's personality and his 99 sons meant that he did not have it so easy. Most Indian promoters will have to relive Bindusara's agony. Investors should steer clear of such promoters.