Two faces of the Sensex

In India, the S&P BSE Sensex index is frequently used to gauge market valuations. Two popular valuation measures are the price to earnings (P/E) and price to book (P/B) ratios. When applied to the long-term Sensex data, they, interestingly, tell very different stories.

See Figure 1. The P/E chart suggests that the current valuation of the Sensex is way above the median level. Also, the current P/E level is more than what it was in March 2010. 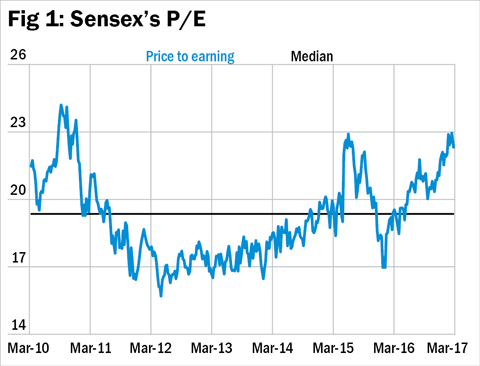 What could be the reason for this anomaly? If you thought that this is caused by a change in the Sensex's sectoral composition, our analysis suggests, that's not the case. 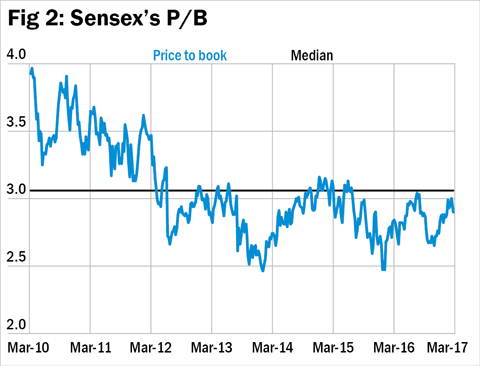 Let's see this argument from an ROE perspective (see Figure 3). Return on equity (or return on net worth), which is calculated as net profit divided by book value, measures the efficiency of earnings. The RoE of the Sensex (based on market-cap weighted calculations) in March 2010 was 20 per cent. It has declined to 14.9 per cent in March 2017. This signals a fall in efficiency. Since less money is made on the equity base of Sensex companies, therefore, the P/E has lagged behind the P/B. 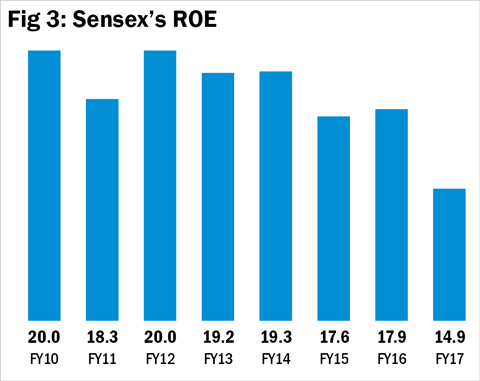