The god of growth | Value Research https://www.valueresearchonline.com/stories/33768/the-god-of-growth/ Growth solves all problems, but the equity investor must be cautious about valuations at all times

The god of growth

Growth solves all problems, but the equity investor must be cautious about valuations at all times 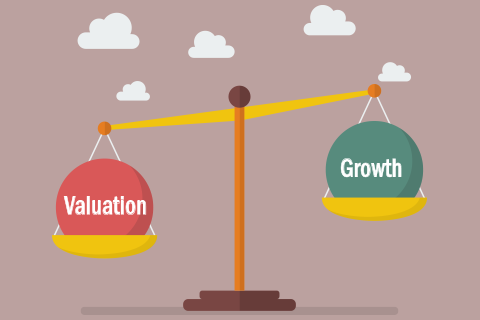 We equity investors are inherently optimistic people. Otherwise, we would have put our money into the fixed deposits of public-sector banks. Instead, we buy stocks, which means that fundamentally we believe that the future can be sharply better than the present. More importantly, we believe that it's okay to take some risk in order to create a chance of making big gains.

However, that's the fun part. In reality, avoiding the bad is just as important a part of investing as embracing the good. In fact, it may actually be more important. No one has ever lost any serious money by not investing in a good stock. However, we have all lost money by investing in bad stocks or by investing in stocks that may be good but are available only at overly high prices.

Any number of investors, analysts and fund managers are fearful that the markets are overpriced. Whether this is a precursor to a sharp fall or a long stagnation or some mix of the two is a different question. However, it's fairly clear that a lot of companies have valuations that are apparently not justifiable. You must be wondering what I mean by the word 'apparently'. Am I trying to say that these companies may actually not be overpriced?

At one level, the answer is simple - all such analysis is an attempt to foretell the future and therefore comes without any guarantees. However, there's a deeper reason. Growth solves all problems and despite all the current problems, India could well be poised for exponential growth. It's easy to make a list of seemingly intractable problems facing the economy: bank NPAs, poor corporate numbers, the jobs crisis and so on. It's also easy to make the argument that as far as manufacturing is concerned, India has missed the bus. In some ways, efforts to kickstart manufacturing in India seem to be a case of tilting at windmills.

Critics see no clear way forward based on what the government is trying to do. However, at a certain level, this government is focusing on just providing what's missing and then letting things happen. Take the highway program for instance. Minister Nitin Gadkari is convinced that if we build 2 lakh km of good roads in the next three-four years, then that itself will create an economic boost that is unpredictable. Narendra Modi's power man Piyush Goyal is on a similar mission. Rail minister Suresh Prabhu is yet another man who is on such a track.

In India, we have a long-standing tradition of experts living in ivory towers and their predictions being wrong on everything, whether it's politics or economy or anything else. On the other hand, those who have skin in the game look at everything very differently. In a way, experts are like fixed-income investors, while the current leadership and the ordinary people who are toiling to have a better tomorrow are like equity investors. The last three decades have proved that all that Indian businesses need is the basics to go right, and we can get exponential growth.

It's no one's argument that a good investor should pay too much for any stock. However, we have to keep one eye on those playing a real growth game. Over the last decades, there have been companies that have always been overpriced and yet investors have made money. That's what growth does.