The perils of diversification | Value Research https://www.valueresearchonline.com/stories/33591/the-perils-of-diversification/ If you thought that diversification is an unadulterated good for the equity investor, then you need to think through your beliefs again

The perils of diversification

If you thought that diversification is an unadulterated good for the equity investor, then you need to think through your beliefs again 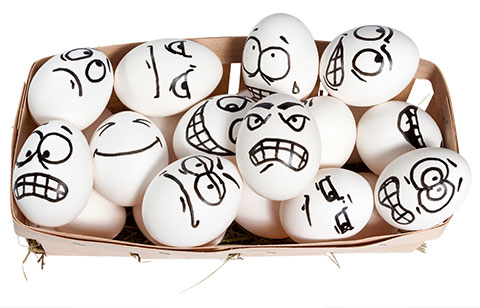 I could have also named this piece The joy of concentration, which is the same idea, viewed from another angle. Most readers would feel that these would be strange things to say. Surely, they must be an error. Isn't it axiomatic that diversification is something that no investor should ignore because it's what saves our investments from all kinds of perils? That's absolutely true, but there are a lot of hidden problems with diversification that investors tend to ignore.

The ideal investment portfolio - one that you would create if you could see into the future - would have just one stock. This would be the stock that's going to generate the maximum returns. After all, if you knew what was going to happen, why would you invest even one rupee in any other stock? Why wouldn't you reap 100 per cent of the profits that are on offer from that stock? Why would you diversify at all?

However, in the real world, you have no actual knowledge of the future. What you have (hopefully) is a process by which you can pick stocks that have a high probability of doing well. This process could be your own original research, or it could be our recommendations or it could be the incantations of technical analysts or it could just be blind guessing. Of course, the last two are the same but that's a different story.

Obviously, there is a lot more risk here. The stocks may do well or they may not. The solution to that risk is supposed to be diversification. Depending on the quality of your selection process, this could be more or less. However, it seems to be an obvious conclusion that the more stocks you have the lower the risk.

There's another aspect of this problem. In practice, having a balance of good and bad stocks is the normal, average state and that wouldn't take you anywhere. What you need is some, even one or two, great stocks. At some point in your life, if you are a good-enough investor, you will land the equivalent of an Asian Paints in 1982 or an HDFC Bank in 1995 or a Titan in 1995, and you will have the perspicacity to hold on to it. That's what will make you rich as an equity investor. Well, actually it won't if you are well diversified and you have 2 per cent or 5 per cent in that stock.

Most well-known investors who made a killing at some point did so on the strength of a handful of stocks where they had the conviction and they made meaningfully large investments. Whether it's Warren Buffett's Coca Cola or our home-grown Rakesh Jhunjhunwala's Titan and Crisil, there is a correct amount of diversification. More diversification than that makes little sense for an equity investor.

You are an equity investor. You are looking for that once-in-a-lifetime bonanza. Instead, if you are going to invest like an index fund, then you might as well buy an index fund and save yourself all the bother.