Can process replace skill? | Value Research https://www.valueresearchonline.com/stories/33276/can-process-replace-skill/ An AMC may have a great 'investment process' in place to cope with a fund manager's exit. But how effective is it?

An AMC may have a great 'investment process' in place to cope with a fund manager's exit. But how effective is it? 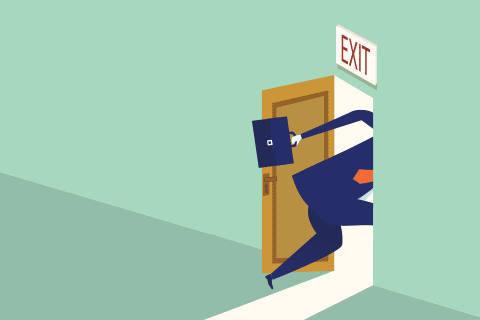 Ask Indian mutual funds about fund-manager exits and many of them will tell you that they have a great 'investment process' in place to manage a smooth transition from such changes.

The investment process essentially lays down the boundaries within which managers can operate and ensures that every manager belonging to the AMC follows a standard set of rules for stock selection. But the extent to which the process actually decides the strategy of individual schemes depends on how elaborate the process is.

Some AMCs define the boundaries by restricting the investible universe for all their schemes. Instead of allowing fund managers a free hand to hunt for stocks from the entire listed universe, they apply filters to restrict the playing field to just 200 or 300 stocks. Market-cap, size or liquidity filters may be used to shortlist this investment universe.

For instance, AMCs such as Axis, BNP Paribas and Invesco are quality con-scious and filter companies for consistent earnings growth and a specific return on equity. Quantum Mutual Fund does not consider stocks with less than $1 million in daily trading volumes.

Some AMCs also have qualitative checks. For instance, Franklin India specifically avoids companies with a patchy governance record or a history of run-ins with regulators. Further, some AMCs specify the style according to which schemes will be managed - growth, growth at a reasonable price or value, thus putting in place set rules for stock selection.

AMCs also lay down tight mandates for individual schemes, which prevent the fund manager from straying too much from the benchmark. For instance, ICICI Focused Bluechip sticks to the top 100 stocks by market cap, with no more than a 5 per cent deviation from the sectors in the benchmark. SBI Bluechip Fund doesn't allow the fund manager to be overweight or underweight in any sector by over 8 per cent relative to the BSE 100. Nor can individual stocks be overweight/underweight by more than 5 per cent.

Large AMCs also have in place investment committees and risk-management teams that play an active role in screening the stocks and positions taken by fund managers.
All these processes ensure that when one fund manager quits and another takes his place, there is some continuity in the scheme's strategy and investment philosophy. But despite all this, the CEOs of leading AMCs are the first to admit that too much emphasis on 'process' in fund management can be counter-productive.

Leo Puri, Managing Director of UTI AMC, explains, "You can have a process - a well-documented reasoning behind investment choices and risk parameters in terms of concentration, liquidity and so on. But having done that, there must be maximum possible freedom to individual fund managers. At UTI, we value individual contributions and respect diversity and conviction in stock selection. When you dilute that, the accountability also gets watered down. You should not normalise behaviour so much that no one is willing to take ownership of a decision."

The takeaway is that an investment process can be effective in shielding some kinds of schemes from the impact of fund-manager churn. Clearly defined large-cap funds, mid-cap funds or thematic funds with a restricted investment universe and tight pegs to the benchmark may not suffer much from a manager change. But schemes that embrace some styles (say contrarian or value) have a flexi-cap mandate or are benchmark and sector-agnostic require many more calls from the fund manager. Therefore, they will be vulnerable to a performance shock if the manager quits.

As the CEO of a top AMC frankly put it, "Anybody who tells you that their process is so fine-tuned that the fund manager does not matter is lying. Can you replicate Zakir Hussain's concert by documenting where to hit the tabla?"