Seeing is not believing | Value Research https://www.valueresearchonline.com/stories/33171/seeing-is-not-believing/ Demonetisation reminds us how mistaking a small part for the whole can lead to serious statistical errors

Seeing is not believing 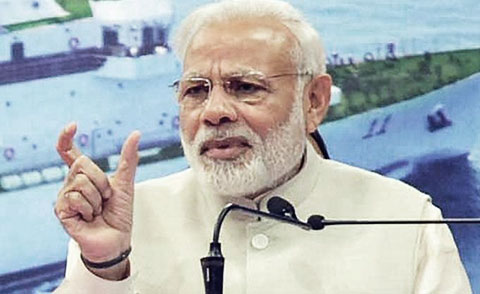 When it comes to the decision to demonetise Rs 500 and Rs 1,000 notes, the divide is very clear. There are those against it and there are those in favour of it.

A few days after demonetisation I went looking for a medicine post midnight. The medicine shop insisted that they would take a card payment only if I bought stuff worth Rs 200. Otherwise, they wanted cash. When I insisted on paying through a card, they relented. But finally, the card wouldn't work and I had to pay with whatever little cash I had. When I shared this experience on social media, a family friend responded with how I was trying to mislead everyone, given that in his locality, the shopkeepers were taking card payments for as little as Rs 20. I wasn't trying to mislead I was just trying to share my experience, without really drawing any conclusions from it.

In late December, a schoolmate of mine posted a news report about the movie Dangal racing towards a collection of Rs 200 crore. He then questioned as to where the currency shortage was that demonetisation critics were talking about; the point being that if people were watching Dangal how they could have been short on currency.

What he forgot to take into account was the fact that Dangal was an Aamir Khan movie. Khan is a superstar who does one movie in a few years. People had generally stayed away from theatres between early November and late December, when Dangal released.

A Facebook friend posted another news report about the Vashi mandi, the country's second-largest wholesale fruits and vegetable market, getting back to normal nearly six weeks after demonetisation. He then said, "All those whose hearts bled for farmers can now sleep peacefully."

What he forgot to say in his post and which the newsreport talked about was the fact that even before demonetisation "about 70% of wholesale trade was carried out through electronic mode". Despite this, the market took six weeks to return to a normal situation. If that isn't a negative impact of demonetisation, I don't know what it is.

These examples more or less establish the fact that there is a section of population, which is actively trying to dismiss any negative impact of demonetisation. While we may agree or disagree on the long-term impact of demonetisation, in the short to medium term, it has hurt the Indian economy in a very bad way. There is enough evidence going around for the same.

The basic problem is the fact that there is simply not enough currency going around for people to keep carrying on transactions as they were in the past. As on December 19, 2016, only 38.4 per cent of the demonetised notes had been replaced.

Also, it is worth noting here that as the Reserve Bank of India introduces more and more Rs 500 notes into the financial system, the pace of currency replacement will slow down. This is because it takes four Rs 500 notes to replace the same amount of money that a single Rs 2,000 note could replace. The RBI had introduced Rs 2,000 notes into the financial system earlier. It is now introducing Rs 500 notes. On the flip side, with more Rs 500 notes hitting the market, more change will become available in the days to come, and that will be a help.

Given that nearly six weeks after demonetisation was carried out only 38.4 per cent of the currency has been replaced, it isn't surprising that transactions in markets all over the country have crashed. In a country where 98 per cent of consumer transactions used to happen in cash, if an adequate amount of currency is not available in the financial system, transactions are bound to crash.

This is a fact. Over and above this, through most of November and early December, ATMs haven't dispensed enough cash. And if they have dispensed cash, it has largely been Rs 2,000 notes. But as I said, some people have been trying to project an all-is-well kind of scenario on social media. In their areas, the ATMs are dispensing currency and the shopkeepers are accepting credit cards, even for very small payments. These examples are enough for them to prove that things are as normal as they can be and that there has been no negative impact of demonetisation. They have become a victim of the law of small numbers.

How does this apply in the current context of demonetisation? People look at the ATMs in their locality disbursing money - a very small sample of the overall number of ATMs - and they assume that ATMs everywhere in the country are disbursing money. As Michael Lewis writes in The Undoing Project: A Friendship That Changed the World, "People [mistake] even a very small part of a thing for the whole. Even statisticians [tend] to leap to conclusions from inconclusively small amount of evidence."

And this is precisely where the problem lies even in the case of demonetisation and those who refuse to see any wrong with it. At a broader level, we tend to believe what we see and experience.

As Daniel Kahneman writes in Thinking, Fast and Slow, "The exaggerated faith in small samples is only one example of a more general illusion-we pay more attention to the content of messages than to information about their reliability, and as a result end up with a view of the world around us that is simpler and more coherent than the data justify. Jumping to conclusions is a safer sport in the world of our imagination than it is in reality." And that is worth thinking about.