Why Narasimha Rao is still relevant 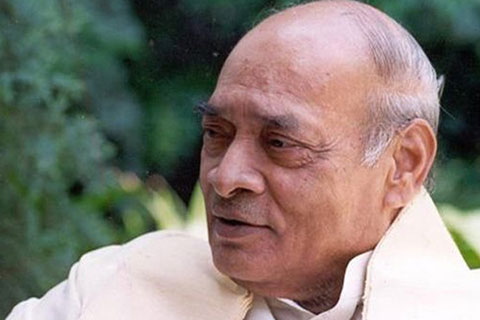 There are occasions when history takes time to recognise the doers of deeds. But eventually it does. In the Indian case, an excellent example of this is P V Narasimha Rao, who was the prime minister of the country between 1991 and 1996.

Rao had been denied a ticket to contest the 1991 Lok Sabha election by Rajiv Gandhi. Given this, he was contemplating moving back to Hyderabad from Delhi and living peacefully in retirement. But that wasn't to be. On May 21, 1991, Gandhi was assassinated. The elections were still on. The assassination swung the mood in the favour of the Congress party and it emerged as the single largest party in the Lok Sabha.

Rao, who wasn't even a member of parliament, was elected as the leader of the party and the prime minister. The Indian economy was precariously placed at that point of time and Rao took a number of steps to prevent it from crashing. This included the big-bang economic reforms of July 1991, which firmly put India towards a path of high economic growth.

A major reason for Rao being confined to the dustbins of history is the fact that the Congress does not like to project anyone other than the Nehru-Gandhis for having done something for this country. But this disconnect is now being set right with a slew of new books written on Narasimha Rao in the recent past, on the 25th anniversary of the economic reforms.

In fact, there is a lot that we can still learn from Narasimha Rao's thinking. Take the case of what Rao thought about loss-making public-sector enterprises. In fact, some things that Rao said at the 79th Congress plenary at Tirupati in 1991 are still extremely relevant almost a quarter century later.

As Rao said, "We have invested over one lakh crore of rupees in the public sector so far. The returns therefrom, on the whole, have been very meagre. All this is people's money, no one else's. The present situation is that the government can no longer collect any more money from the people for further fresh investment in the public sector."

The point is that the moment the State funds the losses of public sector, it takes away money from other important sectors, like education, health, infrastructure, etc. Further, the government ends up stretching its meagre resources as well. As Rao said, "At the moment, the State has overstretched its meagre resources and is seeking to do many things at the same time. In the result, it is unable to do anything adequately."

This explains to a large extent why even 70 years after independence, India still has the world's largest illiterate population. And this happened while the governments over the years had been busy running Air India, manufacturing condoms and scooters, and even selling soft drinks (the brand was called Double Seven, after Coca-Cola was asked to leave India in 1977).

Are these things that the government should really be doing? As Rao said in Tirupati in 1992, "The fact of the matter is that the overall resources at our disposal were themselves inadequate: we had to spread them too wide and too thin. In order, therefore, to shoulder the vital responsibility of human resource development adequately, the State must conserve its resources by withdrawing from various areas where private enterprise can replace it. Besides, the State has certain functions which belong to it by its very nature, such as defence, law and order, and governance."

The lessons of what Rao said nearly 24 years back have still not been learnt. The government continues to finance loss-making public-sector enterprises. The Economic Survey of 2015-2016 revealed that the total accumulated losses of sick public-sector enterprises were at Rs 1.04 lakh crore as of March 31, 2014. From 2009-2010 and by the end of 2016-2017, the government would have infused close to Rs 1.3 lakh crore into public-sector banks to keep them going. And with the way things are going as of now, even that may not be enough.

All this takes away money and attention from other important avenues. Further, the point is until when this nonsense will essentially continue. The Modi government made a decision some time back to shut down the loss-making Hindustan Cables Ltd. In 2014-2015, the company had made losses of greater than Rs 900 crore and was sixth in the list of loss-incurring public-sector enterprises. It employed a little over 1,500 people. The company hasn't produced anything in years.

More such decisions need to be taken in the years to come. What Narasimha Rao said at Tirupati many, many years back needs to be taken forward and executed with all precision.
(P V Narasimha Rao's Tirupati speech was accessed from Sanjaya Baru's new book 1991: How P.V. Narasimha Rao Made History.)