Welcome to Reality | Value Research https://www.valueresearchonline.com/stories/32659/welcome-to-reality/ Demonetisation is only one of a host of factors that is pushing India's real estate industry towards real reforms 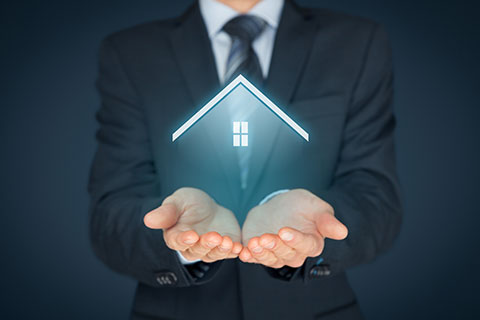 Back on November 8th, even as the PM was delivering his demonetisation speech on TV, it was clear to most people that once the dust had settled, the deepest impact that demonetisation would have would be on the real estate sector. It was self-evident that the part of the economy most deeply driven by black money and cash could not fail to be affected by anything that disrupted the cash economy.

Not just that, we all know that real estate the most widely used asset class for investing black money and that one of the most potent factors that drive real estate pricing is the relative inability of black money 'investors' to move their money to other types of assets. The logic was straightforward--anything that disrupts the cash economy will drive down the activity in real estate and along with it, prices. This effect was visible immediately. Across the country, real estate froze instantly. Eventually, some activity started, but at a sharply lower volume. Of course, this is a famously opaque market, and in fact thrives on opacity, so real quantitative information will be a long time coming. Anecdotally, prices that sellers are asking are down sharply.
In the normal, growth-centric way of thinking about the economy, a severe drop in real estate prices would be counted as a negative impact of demonetisation. However, for the crores of Indians who can't afford an apartment of their own, such an event would be a great thing. Even in that speech announcing demonetisation, the PM counted ordinary people's inability to buy a house as one of the ill-effects of widespread black money.

Post-demonetisation, the real estate industry has developed an elaborate spin on why demonetisation will be good for the real estate industry. It's been pitching through media, and believe it or not, a long and winding WhatsApp message that real estate dealers are spamming their phonebooks with. The gist of this party line is that interest rates will come down so buyers will be able to borrow more. There's also some mention of there being 125 crore people in the country out of which 90 crore need housing. There is also some outright fiction such as 'Investors find investing in property more attractive than earning a paltry 5-6 % on Bank Deposit as renting out gives them more return.'

In a way, all this is true. There are really crores of people who could possibly be house owners eventually. However, the immediate challenges are quite different. Real estate in India suffers from a huge trust deficit. Across the country, there are literally thousands of developers who have taken money from customers and squandered it away in building up 'land banks' and now find that they do not have the money to deliver the houses that have been already paid.

In the future, new challenges loom for these 'developers'. The new Real Estate Law, as it gets implemented across the states, will demolish the dominant business model of using customer money to launch new projects. It will also drastically increase the business risk of delaying projects inordinately. And then there is GST, which will again impact the financial model of this hitherto cash-driven business. The combined effect of demonetisation, real estate regulation and GST will mean that deep changes will be forced through the real estate industry.

Real prices for housing are those that are determined by the real demand generated by people who want to live in houses. One good rule of thumb is that prices should be roughly equal to 20 to 30 times current annual rentals. For almost any part of the country, that would mean a large cut, one that sounds too big to be true. However, given the changes that are due in real estate true, it could well happen. This may be bad news for the those who are measuring this or that quarter's growth, but eventually, this will prove to be good news. After all, the crores who want houses are real. What is fictional is that what is being offered now by India's real estate industry is suitable and affordable for real customers.