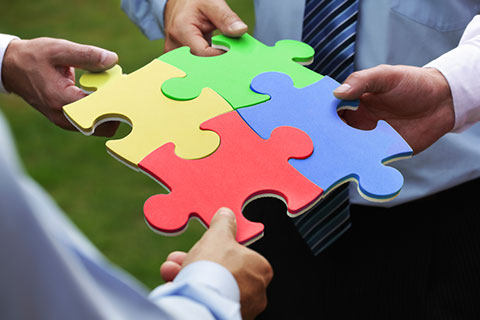 Fund houses tend to merge their less-successful schemes with the performing ones. This not only helps them retain assets but also helps them save overhead costs. Fund mergers are also good for investors in that they reduce the multiplicity of the options available. Almost 100 equity schemes have been merged with other schemes since October 2010.

When a fund decides on a merger, unitholders in the scheme get an exit option at zero exit load because the merger can lead to a changed mandate for the scheme. In many cases, unitholders do decide to continue with the new scheme, hoping that the merger would lead to better performance. But how have schemes that survive done post merger?

The table below lists the funds that got merged in 2011 (until August). Post merger, while most schemes were able to beat their benchmarks over five years, over three years many of them lagged behind. This shows that scheme mergers are no panacea. 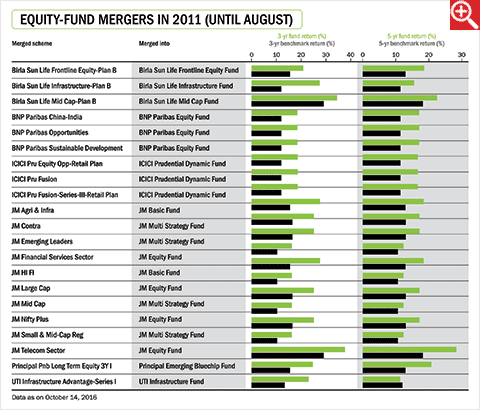 So, don't assume that the merger will automatically resolve performance problems. Shop around for funds with a better track record.