The never-ending KYC saga continues | Value Research https://www.valueresearchonline.com/stories/32204/the-never-ending-kyc-saga-continues/ The new central KYC registry has actually made the KYC problem worse. Are you surprised?

The new central KYC registry has actually made the KYC problem worse. Are you surprised? 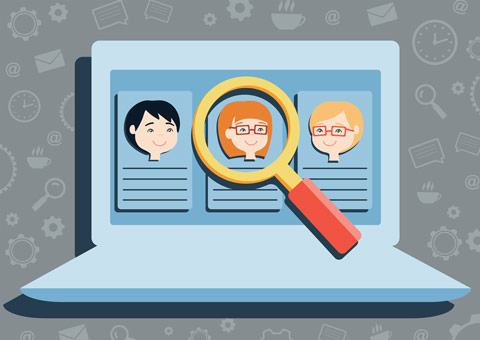 "Central KYC Registry is a centralized repository of KYC records of customers in the financial sector with uniform KYC norms and inter-usability of the KYC records across the sector with an objective to reduce the burden of producing KYC documents and getting those verified every time when the customer creates a new relationship with a financial entity."

The above sentences are taken from the home page of Central Registry of Securitisation Asset Reconstruction and Security Interest of India (CERSAI), which manages the new central KYC registry that the government has put in place. Sounds nice, no? But if you have any experience of the way that the Indian bureaucracy functions, then you would probably react in alarm. Scarred by years of KYC and re-KYC, an re-re-KYC, you would instinctively know what is coming. And you would be right. What the statement actually means is this: "We know that you've gotten your KYC done with banks, mutual funds, depositories etc etc many times over. However, now, in the name of unifying and centralising, we have made new rules that have effectively invalidated all those. So back to the KYC grind, all of you. Ha ha ha."

We live in a country where a mere 64,000 people have just confessed to having Rs 65,250 crore of black money. Most of us would guess that this is probably less than one per cent of the actual amount of black money in the country. And yet, if you want to invest something like Rs 50,000 to Rs 1 lakh a year in a mutual fund, then you have to go through this KYC tamasha repeatedly, year after year. The contrast between the ease with which the rich avoid taxes and the salaried middle-class has to jump through KYC hoops is shameful.

The last several rounds of KYC have been done whenever a rule is changed in the name of simplification or unification. This is new centralisation is no exception. There are actually two problems here. The first is the huge gap between what central KYC was supposed to achieve and how it has set about it. In his inaugural budget speech Finance Minister Arun Jaitley referred to the 'inter-usability of the KYC records across the entire financial sector'. In implementation, this has been distorted to mean the invalidation of a huge chunk of perfectly valid and genuine existing KYC and the repetition of the KYC exercise for crores of customers. Did anyone think of the cost and inconvenience to savers and investors?

Inevitably, there's a disproportionate impact on smaller savers and investors. The kind of people who operate benami accounts will have a squad of accountants and helpers to redo their KYCs quickly. In contrast, small savers will have to take out time from work to re-prepare and re-submit documents that they have already done a number of times earlier.

This government has proven itself to be genuinely focussed on actual outcomes rather than just going through the motions of following procedures. If, as the Finance Minister had originally said, reuse of KYC is the desired outcome, then the new central KYC fails in that task. In fact, it takes the small saver and investor away from that outcome. To achieve that goal, the existing KYC must be reused.

Which actually brings us to another, more important point. Why must there be a uniform KYC requirement for everyone? In activities like mutual fund or equity investing, if all money comes in from a bank account and goes back to the same bank account, why must independent KYC be required at all? For such activities, why can't an existing KYC'ed bank account be enough of identification?

As I said above, this excessive and repeated KYC acts as a financial exclusion tool for people who are less affluent. The less money you have, the more likely it is that you simply won't be able to muster the time and effort to be KYC'ed intensely and repeatedly. Is that the kind of outcome the government is looking for?