With around 1.2 crore people entering the workforce yearly, the need to create more jobs, especially low-skilled ones, has got more pressing 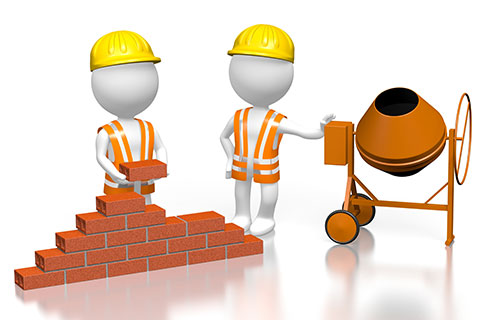 Some time back I got talking to an economist close to the current Narendra Modi government. My question to him was very simple: does the current government realise what it is staring at?

It took him a while to realise what I was asking. My point was fairly straightforward. There are various estimates which suggest that nearly one million Indians are entering the workforce every month. That makes it 1.2 crore a year. And this is likely to continue over the next two decades.

Over and above this, there is huge disguised unemployment in agriculture, where nearly 50 per cent of the country's workforce produces only around 18 per cent of its gross domestic product (GDP). Hence, it is clear that people need to be moved from agriculture into more productive enterprises. The only way this can be handled is by creating more and more low-skilled jobs because that is where India's competitive advantage lies.

Over the years, it has become more or less clear that the government cannot offer jobs beyond a point. It simply doesn't have enough money going around to do that. And more than that it remains a very inefficient way of employing people. Government employment of various forms (state governments, union government, central public-sector enterprises, etc.) has either stagnated or come down.

So, the only solution is to create an environment where entrepreneurship flourishes and India's small and medium enterprises grow bigger and, in the process, create more jobs. For that to happen, the government needs to carry out big-bang reforms in labour laws, education, ease of doing business and land acquisition.

India's convoluted labour laws have not allowed many a firm to grow bigger than it currently is. There is enough evidence going around to show that. India's education standards have fallen after the Right to Education came to force from April 1, 2010. The learning outcomes have come down dramatically. The ability of children to read basic text and do basic maths has come down. This is something that needs to be addressed urgently.

Almost no manufacturing entrepreneurship is possible without land. The land-acquisition process continues to remain in a mess. If India has to create jobs, these basic things need to be set right. And in order to set these basic things right, India needs big-bang economic reforms. This isn't exactly rocket science.

This was my basic point to the economist close to the Modi government, when we got talking. He responded nonchalantly and said, "The so-called big-bang reforms only happen when a country is facing an economic crisis." He further told me that there was enough research in economics going around to back his claim. He offered this as a justification for the Modi government not attempting big-bang economic reforms.
And what he was saying is true. As Ruchir Sharma writes in The Rise and Fall of Nations: Ten Rules of Change in the Post-Crisis World, "Nations are most likely to change for the better when they are struggling to recover from a crisis. When the country's back is against the wall, the general public and the political elites are most likely to accept economic reform... A good crisis raises the probability that a nation will embrace change."

An excellent example of this is the first wave of economic reforms that India initiated in 1991, when it was on the brink of an economic crisis or probably was even facing one. The first wave of economic reforms happened only because India was facing an economic crisis and not because the political leaders of the day suddenly had a change of heart after all the years of batting for socialism.

If we look at things from this perspective, then there clearly is a reason for the Modi government in not pursuing big-bang economic reforms. But can this reason become a justification for the Modi government not pursuing economic reforms? Not really.
India needs jobs and it needs way too many of them. The fact of the matter is that not enough jobs are being created. And those that are being created are in the informal sector, which has its own set of problems. As the Economic Survey of 2015-2016 points out: "The informal sector should...be credited with creating jobs and keeping unemployment low. Yet, by most measures informal sector jobs are much worse than formal sector ones-wages are, on average, more than 20 times higher in the formal sector."

Formal jobs also allow workers to build an employment history, which among other things, allows them access to cheaper credit. Hence, what India needs is formal-sector jobs. As the Economic Survey points out, "Thus the challenge of creating "good jobs" in India could be seen as the challenge of creating more formal sector jobs."
Make in India envisages the creation of ten crore additional jobs in manufacturing by 2022. In order to get anywhere near this number, the Modi government needs to initiate big-bang economic reforms. And time is clearly running out on that front.
As Sharma writes, "The political honeymoon phase-the early years of an administration-is the period when an emerging-world leader is most likely to push through reform with a positive impact on the economy." Half of the government's term of five years is more or less over.

And that is something worth thinking about.