Coping with business change | Value Research https://www.valueresearchonline.com/stories/32092/coping-with-business-change/ Digital revolution means that traditional businesses are at greater and greater risk of being threatened and torn apart 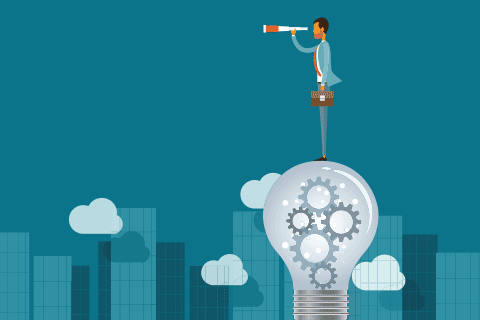 The pace of change in business has increased in recent decades. This is something that one hears very often. Is this really true? I don't know, but it probably doesn't matter. It's possible that in the period from 1950 to 1980, things changed slowly for Indian businesses. However, from the perspective of the investor today, how does it make a difference whether this is true or not?

Whether the change is faster or slower than earlier, the fact is that now, it is fast-paced. More importantly, it is a lot less predictable. Imagine two investors having a conversation back in 1985. One of them has a knack for being able to see the future clearly. The future-seer says that by the year 2000, India would be a world leader in providing software services to the whole world and some of the most profitable companies and fastest growing companies in India would be software companies. At this point, the other investor would get up and leave, because it would be self-evident that the future-seer is mad. In any case the non-future-seer has neither heard of the word 'software', nor knows anyone who has heard of the word. His best guess is that it must be a term for the softer things sold at a hardware shop. The whole idea is ridiculous.

Today, which are the ideas that are as ridiculous as IT services exports in 1985. Self-driving cars? Widespread use of robots in daily life? Pervasive and cheap solar power? Hardly. We take all these things very seriously. In fact, the biggest thing that has changed from 1985 is that we take the whole idea of Future, with a capital F, very very seriously. If I wrote on this page that Value Research has developed a smartphone app that will convert your phone into an self-piloting aeroplane, at least some people would believe it. All they would ask is whether it would available only on Android or on iPhone also. It's even possible that the share prices of airlines might fall because once the app is released, the legacy airline business would be doomed.

The thing about the future is that some of it is clearly ridiculous, some of it is difficult and some of it is obvious. It's often not possible to figure out which is which. Here are some of the things that seem possible and see which could have an impact large enough on businesses that you may be investing in today. (1) Self-driving electric cabs will be the dominant form for automobiles. (2) Most people in urban areas will not be interested in owning cars because you will be able to summon one at any point of day or night. (3) Businesses will be able to survive on 'funding' rather than actual profits. (4) Mass-produced robotic doctors will transform medical services.

Oh, wait, it seems that number 3 has already come true! Jokes apart, the digital revolution means that traditional businesses are at greater and greater risk of being threatened and torn apart. This can happen with great rapidity, regardless of whether the replacement is yet making money or not. Almost the entire business of travel agents has disappeared. The business of retailing mobile phones in shops has appeared and has started disappearing in barely 15 years.

The upshot is that the coming decade is going to be a period of great upheaval for businesses, and obviously for investors. Almost any company in your investment portfolio can become more valuable or less valuable rapidly. Investment opportunities can open up or close down when least expected. At the same time, too much excitement about change can make investors oblivious to businesses that will grow steadily despite all the change around them.

It's frightening, and yet it's a great opportunity. It's an opportunity that we at Value Research have been helping you exploit for the last two decades. Change or no change, faster change or slower, we're here to provide the right perspective.