The robbers in the bank | Value Research https://www.valueresearchonline.com/stories/31907/the-robbers-in-the-bank/ Regardless of its performance on other counts, the Reserve Bank has utterly failed customers on consumer protection

The robbers in the bank

Regardless of its performance on other counts, the Reserve Bank has utterly failed customers on consumer protection 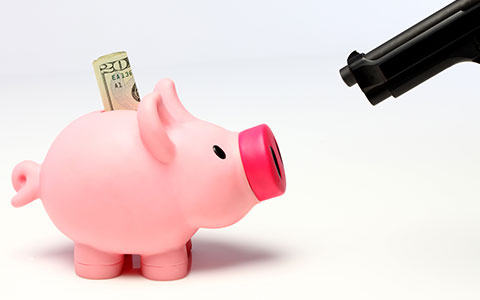 Lately, for obvious reasons, there has been a great deal of public discussion about the Reserve Bank of India, about how well or otherwise has the central bank been run under different leaders, and how it is likely to be run in the future. Almost all of this discussion has focussed on issues like monetary policy, bad loans, bank licensing and other such lofty issues.

However, I've seen almost no mention of the fact that regardless of who leads it, India's central bank has been substantially a failure on consumer protection. What's worse is that one sees no particular concern about this issue, at least with the scale and urgency that it deserves. There are two major sources of threat to consumers. One is the banks themselves, who dip into customers' pockets in two ways. One, by structuring products in such a way that they can deduct charges as they please. And two, by intensive selling of unsuitable third-party products for commissions. The other threat is newer and fast expanding, which is phishing and other digital scams where criminals dupe victims and withdraw money from their accounts.

On all these issues, there are new rules and regulations, but no measure of actual improvement, and no willingness on part of the RBI to be transparent about the actual scale of the problems and whether there is any measurable improvement. On the issue of banks' excess charges, there will never be any improvement as long as banks are allowed to dip into customer's funds unilaterally.

Think about it, when any other business needs you to pay for anything, they have to ask for the money and you have to hand it over. However, banks get to just take your money whenever they want to charge you for anything. Why is this the case? I can't think of any good reason, except that they can, because you have entrusted them with the safekeeping of your money. Banks have acted in such bad faith that it's time to ask such fundamental questions.