The GDP smokescreen | Value Research https://www.valueresearchonline.com/stories/31690/the-gdp-smokescreen/ The GDP numbers, both for the entire country and individual states, hide more than what they reveal

The GDP numbers, both for the entire country and individual states, hide more than what they reveal 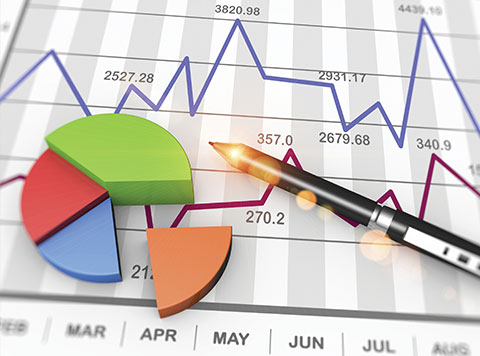 India's Central Statistics Office (CSO) has been churning out some very counterintuitive data over the past two years. For example, according to CSO data, GDP growth 'accelerated' in FY16 vs FY15. However, this makes little sense as the majority of real economy indicators (eg. non-oil bank credit, coal production, passenger vehicle production, Government revenue expenditure) decelerated in FY16. In a bid to deal with the increasingly counter-intuitive nature of national accounts data published by the Government, my colleagues at Ambit launched India's own 'Keqiang Index' last year. The index is named after the Chinese premier Li Keqiang who, when he was the Party Committee Secretary of the Chinese province of Liaoning, told a US ambassador in 2007 that the GDP figures in Liaoning were unreliable and that he himself used three other indicators: railway cargo volume, electricity consumption and loans disbursed by banks. (Incidentally, Liaoning last month report negative GDP growth for the first time in a decade.)

The Indian Keqiang index (IKI) that my colleagues have created comprises of metrics such as cars & trucks sold, power demand and the dollar value of India's capital goods imports. The IKI suggests that the Indian economy has been losing momentum since mid-FY15. In fact, it is worth noting that if the new GDP series did not exist and if we use IKI to estimate the pace of growth in the real economy as per the old GDP series, our GDP estimate for 2QFY16 would be 6.2% YoY (vs the 7.7% on the new GDP series) and for 3QFY16 it would be 5.4% YoY.

Even as the challenges around India's national accounts aggregates are becoming well-known, the statistical accuracy of State-level GDP data (called GSDP) is even more suspect. For instance, the real GSDP growth estimates for Gujarat, Assam, Goa, Madhya Pradesh, Bihar and Goa have been altered by 500bps or more as per the new GSDP series. Startlingly, as per the new GSDP series Gujarat's GDP growth for FY13 was revised upwards by ~500bps and that of Bihar was scaled down by 1100bps for FY13, thereby drastically altering the GDP growth trajectories of these states.

Even if one were to overlook the dodgy nature of the GSDP data with respect to individual states, this data seems to suggest that South India (i.e. Kerala, Tamil Nadu, Karnataka and combined Andhra Pradesh) grew at a slower pace than India's Northern Belt (INB which includes Jammu & Kashmir, Himachal Pradesh, Uttarakhand, Punjab, Haryana, Uttar Pradesh, Rajasthan, Bihar and Madhya Pradesh). My travels in the interiors of both these regions over the course of the past five years suggest that the South is clearly more prosperous than the North (and becoming ever more prosperous at a faster rate than the North). In specific, according to both the old GDP series (over FY06-14) and the new GDP series (FY13-15), South India grew at a slower or same pace as INB. Given South India's materially superior standing on social indicators, it is difficult to believe that this region grew at a slower pace than North India over the noughties. The task of understanding the pulse of these regional economies on a real-time basis is further complicated as State level GSDP data is not published on a quarterly basis and the annual data is published with a lag of 1-2 years.

Against the backdrop of India's state-level GSDP data becoming increasingly unreliable and given the absence of a high-frequency gauge to track regional dynamics, my colleagues have created a Regional Keqiang Index (RKI). We created the RKI for the three economically important regions of the country, namely India's Northern Belt (INB), South India and Middle India (comprising Maharashtra and Gujarat). The RKI comprises of three variables namely cement demand, petroleum products consumption and electricity generation.

An analysis of the RKI suggests that South India has been outperforming North India in terms of economic growth over a sustained period. More importantly, the aggregate of the three regional RKI indices suggests that the Indian economy has been consistently slowing since CY11.

Going forward, as India's Northern Belt (INB) continues to grapple with its socio-economic problems, resulting in low economic growth and high social unrest, companies which have either operations in INB or depend on demand from the region are likely to see stunted growth opportunities. The underdeveloped state of human capital (due lack of proper education/training and poor health facilities) and the frequency with which industrial production is disrupted will become a binding constraint on growth for INB. This will result in fewer job opportunities for people in INB and, hence, reduced demand in the region. Already, 64 people out of every 100 in INB are unemployed (the corresponding number for south India is 36). My maths suggests that over two-thirds of India's destitute people live in INB.

In contrast, as highlighted in my previous column, the South is already almost like a middle-income country with superior performance (and improving) on a range of socio-economic parameters. For example, per capita income in south India is US$2000 versus US$1200 for INB; the gender ratio in the south is 995 women for every 1000 men whereas in INB there are only 901 women for every 1000 men. Ambit's RKI's now offer concrete evidence that South India, with its improved social environment and better human capital, is further pulling away from the north on the economic front.

Saurabh Mukherjea is CEO - Institutional Equities, at Ambit Capital and the author of "Gurus of Chaos: Modern India's Money Masters". He writes here in his personal capacity.