An ill-thought out rule gets rolled back | Value Research https://www.valueresearchonline.com/stories/30930/an-ill-thought-out-rule-gets-rolled-back/ The PF rule that an agitation in Bangalore forced back was effectively a retrospective change that destroyed a financial plan that many were counting on

An ill-thought out rule gets rolled back 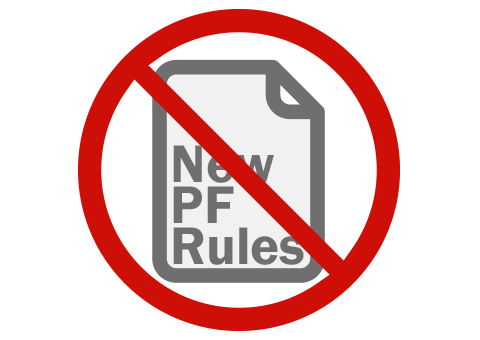 A few days ago, in the central government was forced to withdraw a PF-related rule that it had announced in February. Under this rule, employees can make premature withdrawals only of the PF contribution that they have made and the interest on that portion. The employer's contribution and the interest on it cannot be touched till the age of 58. On the face of it, this sounds like a reasonable measure. In theory, PF is supposed to be retirement savings, with withdrawals permitted only for a narrow set of reasons like critical illness, a child's wedding and a few more.

While this presumably well-intentioned plan had caused disquiet across the country, it provoked a violent agitation among garment workers in Bengaluru and had to be withdrawn. The case of these garment workers, and why this is where an actual agitation flared up is instructive. An overwhelming majority are women from rural areas. One common pattern of employment is for a woman in her teens is to find employment with a garment manufacturer, work for about a decade and then leave to get married and not work again. A complete withdrawal of PF (which can be made after two months of unemployment) helps her get married and set up a household. This kind of a PF usage pattern is quite common across the country.

If the government suddenly tells someone who has been planning to do this, and pretty much counting on it, that half the PF cannot be withdrawn for another 30 to 35 years, then the government is going to get a violent agitation which it richly deserves.

The basic issue here is not the details of this particular case, but rules made in the ivory towers of North Block by people who appear utterly clueless about how ordinary citizens really live their lives. There is no realisation that in terms of their real effect on people's lives, rules are like this have a retrospective effect. At a stroke of a pen, they destroy a critical financial plan that a low-income citizen had been working on for a decade. Retrospective changes in corporate tax get you lawsuits from Vodafone, but retrospective changes in PF rules get you burnt buses on the road. It's a useful lesson, if someone learns.