Killing the undead | Value Research https://www.valueresearchonline.com/stories/29805/killing-the-undead/ The new Insolvency and Bankruptcy Bill will be a significant reform, with a wide-ranging impact on India's business practices

The new Insolvency and Bankruptcy Bill will be a significant reform, with a wide-ranging impact on India's business practices 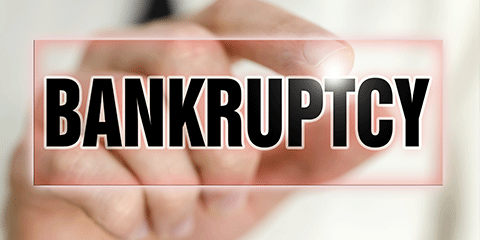 Among the strange terms that are used in conjunction with businesses in India is 'zombie'. Search the internet and you will find lots of headlines about the zombie companies and businesses in India. At one point, over 60 per cent of the companies listed on the BSE were said to be zombies. On Wikipedia, the entry for a zombie starts with this definition: 'Zombies are fictional undead creatures created through the reanimation of human corpses. Zombies are most commonly found in horror and fantasy genre works'. The interesting word here, which fits the world of business and investments in India well, is 'undead'. Neither alive nor dead, but undead - businesses which are dead, and yet cannot be recognised as such.

Under the mutant socialist legacy by which India is still governed, we cannot bring ourselves to admit that businesses fail and die. In reality, not only do they die, in a country with lakhs of businesses, a few hundred must be dying every day. And yet, our legal code and practice has no rational treatment for this everyday occurrence. Declaring a business unviable and winding it down in a manner that its creditors get whatever recompense is possible is practically impossible. The routine thing that happens is that if there's any value left in the business, then the promoters who ran it aground strip it out long before any creditors can get near it. There are numerous examples of this, with Kingfisher Airlines being only the most high profile and notorious one.

However, all this is set to change now. Among the reforms that the NDA government has initiated, the Insolvency and Bankruptcy Bill is as crucial for the future of Indian business as anything else. In India, on an average, creditors manage to recover a mere 26 per cent of the value due to them from insolvent businesses. The equivalent number in developed countries is above 75 per cent. These are World Bank figures. The consequences are wide ranging, from the thinness of the corporate bond market to the refusal of banks to easily lend to smaller businesses.

The draft bill is an impressive piece of work. The broad goals of the bill are to ensure that insolvent businesses are wound up or set on a viable revival path in a time-bound manner (within 180 days), those managing the business are unable to strip its assets and, crucially, obstructionist lawsuits are unable to derail or delay the process. It also sets up conditions under which such businesses can continue to operate.

One extremely significant point of the bill is that it defines the concept of 'operational creditors', who have equivalent rights to 'financial creditors'. Operational creditors would primarily be suppliers who haven't received payments, customers who have paid in advance and are yet to receive the goods or services, and employees who are yet to be paid salaries and other dues. In India, so far, these are the groups that always end up bearing losses. For example, under such a law, the countless customers of zombie real-estate firms, like Unitech and others, would have been able to force a liquidation of the assets. Or, in Kingfisher's case, employees with years of unpaid salaries would have rights equal to those of the bankers.

Beyond actual insolvency procedures, I think there's a hidden advantage in such a law. Not paying creditors or suppliers or enormous delays in payment is a standard tactic of unscrupulous Indian businesses. In fact, for many businesses, not paying on time seems to be the primary source of working capital. This law could in time lead to a change in such behaviour.

Of course, these are early days and just the draft of the Bill has been released. In our country, the biggest obstacle to any reforms is the political opposition's determination to not let anything positive happen. So let's keep our fingers crossed.