3 reasons why no one should leave India | Value Research https://www.valueresearchonline.com/stories/29477/3-reasons-why-no-one-should-leave-india/ Here are three reasons that should compel Aamir Khan--and anyone else--to continue living in India

3 reasons why no one should leave India 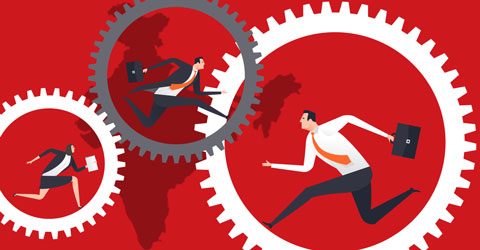 At the time of writing this, the Aamir Khan controversy is a hot topic. It's in the newspapers, it's all over social media-it's given Twitter something to do for a couple of days. The political landscape is awash with this issue; everyone's got something to say. Some people are standing with Aamir Khan-figuratively, of course-while others are wondering which movie of his is up for release next. But whatever might be the case, I know that the controversy has spread its wings far and wide because even my granny, who lives in a peaceful world that has no place for social media, asked me about it.

However, I do hope that the dust would have settled by the time you read this. Politicians should have found new issues to one-up each other about; Twitter should have found a new topic to crack jokes about. And Aamir Khan should have found reasons to not move out of India. Hopefully. But, if he hasn't, I have three reasons that should compel him-and anyone else-to stay put in this country.

Despite what some naysayers might like you to believe, the Indian economy is poised to do really well over the coming decade. Things might not look rosy right now, but the variables are in place for an economic turnaround. To top that off, we boast of a diverse culture that allows us to not only have numerous occasions to celebrate and rejoice, but gives us a good number of public holidays as well. Where else would we get so many reasons to spend time with family and friends, enjoying delicacies and traditions that encompass an entire country.

With the exception of a couple of countries, most of the first-world doesn't even play cricket. Haw! For any Indian, it is nearly impossible to comprehend that there are people in this world who don't consider cricket to be a religion. And then there are movies-another religion of sorts. Cricketers and movie stars are treated as demi-gods in India and there's nothing wrong in that because most of them are rags-to-riches stories that inspire and motivate us. Sure, other countries have movies and other sports, but Bollywood is Bollywood and cricket is cricket.

Most Indian mutual funds have stopped accepting investments from NRIs, particularly American and Canadian citizens. This is because of an act-Foreign Account Tax Compliant Act-that makes it mandatory for financial institutions to report investment details to authorities of those countries. Our AMCs don't seem to want to do that. And since Indian funds have historically done well, will continue to do well, you don't want to move away and miss out on this investment avenue, do you?